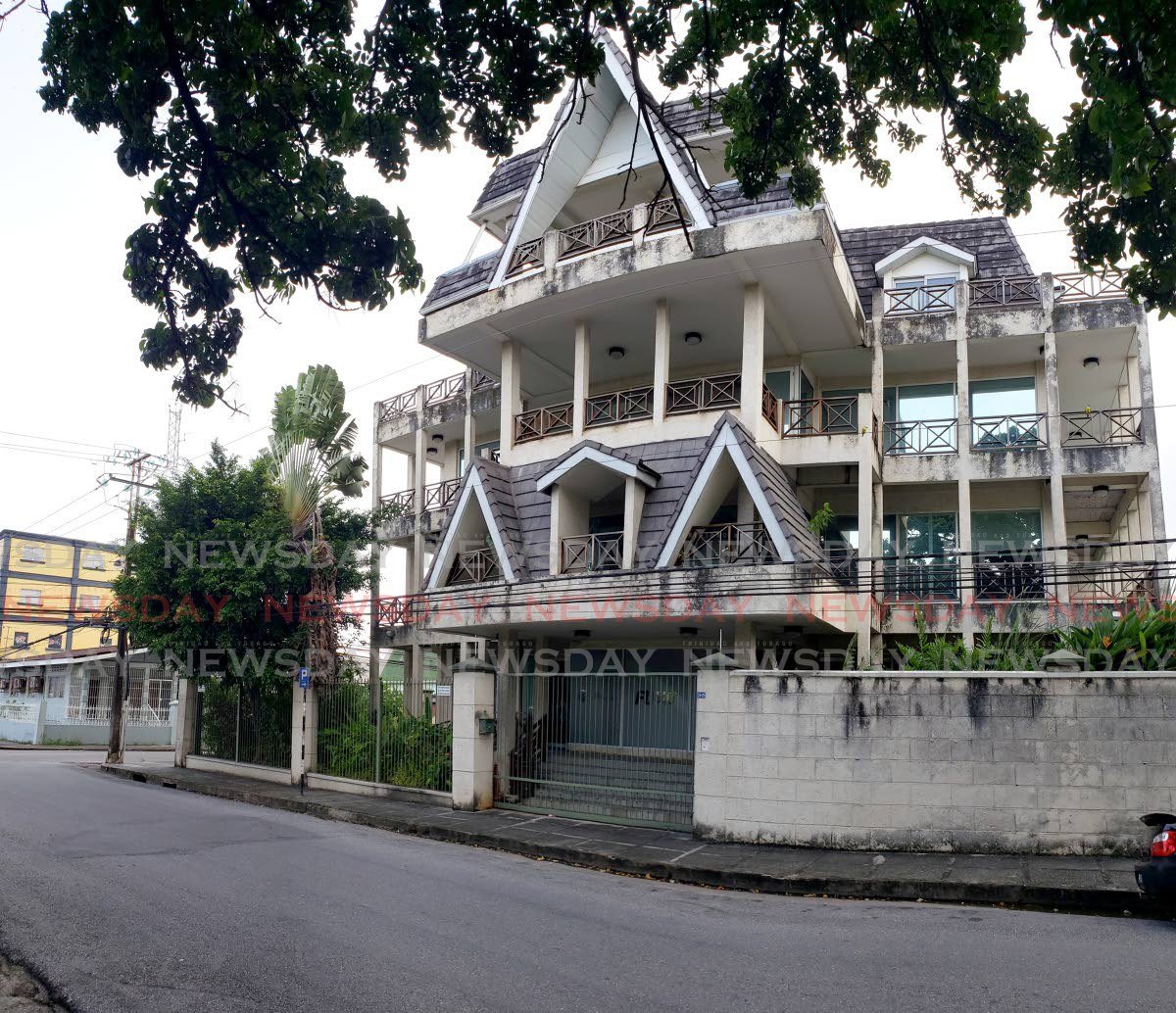 TWO Appeal Court judges have dismissed a property developer appeal of a judge’s approval of the sale of her family’s building at Victoria Square, Port of Spain.

The sale was aimed at recovering a large portion of a $40 million loan to trustees of the Guardian Defined Benefit Pension Fund Plan.

The dismissal of the appeal now means the property can be sold, but, there is a seven-day stay of the court’s decision.

Leonara Deslauriers challenged the sale of the building at 28-29Victoria Square, Port of Spain, by Guardian Asset Management (GAM), which lent her and her husband money to complete the Hevron Heights Towers at Mendez Drive, Champs Fleurs, in 2009.

The loan, with interest, that the couple owed to GAM was in excess of $40 million at the beginning of 2018. Deslauriers and her husband, David, had lost two appeals in the Privy Council, one of which challenged the local courts’ decision to allow GAM to sell the Victoria Square property to repay the outstanding money.

In May, Justice Ricky Rahim approved the sale of the property to the trustees of the pension fund plan at the upset price of $19.5 million, after several attempts to sell it failed.

The couple objected to the sale on the ground that the court should not have confirmed the sale to the trustees, since it breached its own order against self-purchase, which was imposed to ensure GAM exercised its duty to act in good faith and to take reasonable precautions to obtain the true market value.

In their complaint, the Deslauriers argued that the trust company was not a separate entity from GAM.

They also said such a sale was irregular and amounted to improper conduct on GAM’s part.

On Friday, Justices of Appeal Charmaine Pemberton and Vasheist Kokaram said Rahim was entitled to find the sale between GAM and the trust company was bona fides.

Pemberton, in an oral decision, said GAM and the trust company were separate corporate entities and the former was not a beneficiary under the trust fund, which was created for the benefit of employees of the group.

As a result, the Appeal Court found the sale of the property was not in breach of Rahim’s order against self-purchase.

“In this case, the fact that GAM and the trustees belong to the same group is not a bar to the sale,” Pemberton said.

She also said the court agreed with Rahim and accepted the evidence that although the first order for the sale was made in 2014, protracted litigation led to various failed attempts to sell between 2018 and 2020.

She also said the court had been kept updated on efforts to get a sale at the best price.

In their decision, the judges also held there was no ground for the sale to be vitiated because of the complaint that real-estate agents were not approached to find buyers.

She said GAM, in compliance with Rahim’s orders, put the property up for sale by advertisement, which made it free for anyone to bid.

Pemberton said when all the evidence was taken in the round, it was clear that Deslauriers’ objection failed for want of evidence.

She also said any further attempt to delay the sale would be inequitable. A stay which had put a hold on effecting the sale was imposed until the hearing and determination of the appeal.

“The sale (of the property) for $19.5 million stands as confirmed,” Pemberton said, as she also ruled that the court agreed with Rahim’s decision to dismiss Deslauriers’s objection to the sale.

Although Deslauriers’s attorney, Ian Benjamin, SC, asked the court not to impose an order for costs – because his client objected as a public interest – she was still ordered to pay GAM’s costs of the stay application and the appeal.

In response to Deslauriers’ objection, GAM’s attorney Christopher Sieuchand had submitted that the company took all reasonable steps to obtain the best price it could and made all reasonable efforts to sell, all of which were unsuccessful except for the trustees’ offer.

The company maintained the trust company was not the same as GAM and the latter did not own the pension fund plan, nor did it benefit from it. It supplied evidence that the pension fund was created to fund pensions and benefits for employees of the Guardian Group.