For days, thick smoke from wildfires has blanketed B.C. cities in the Kootenays and Okanagan. Now, Metro Vancouver is bracing for that smoke to reach the coast this weekend.

“For a lot of the Interior right now, our Air Quality Health Index is at 10, which is a very high level, basically all around the areas with concentrated wildfires,” Derek Lee, a federal meteorologist, told CBC News. “We are still monitoring some wildfire smoke that will be coming into the coast area over the next few days.”

Environment and Climate Change Canada issued a statement Saturday forecasting that “a change in the weather on Monday is forecast to bring onshore winds to help clear the smoke.”

How bad it will get remains to be seen, but in cities close to the wildfire front lines, fine particle pollution has reached dangerous levels for human health. The impacts are worse on seniors, young children and those with pre-existing health conditions.

Number of fires rises by 60

Smoke on Hwy 5 just north of the Coquihalla Summit right now. We literally can’t see the towering mountains that are all around us. <a href=”https://t.co/GWlpFjiQRE”>pic.twitter.com/GWlpFjiQRE</a>

Environment and Climate Change Canada said there’s little reprieve in sight for those cities. But for the South Coast, meteorologists told CBC a change in the weather Monday should see winds help clear the smoke.

The B.C. Wildfire Service said more than 243 wildfires are currently burning across the province — an increase in 60 fires from last week. The largest number are burning in the Kamloops region

A total of 4,780 square kilometres have burned so far this year — a 38 per cent increase above the annual average for the last decade.

Most of the active fires are believed to have been caused by lightning, more of which is expected in the coming days.

“We are predicting lightning,” Jean Strong, with B.C.’s wildfire service, told CBC News Network on Saturday, “but we’re also expecting precipitation and we’re hoping that may outweigh some of the lightning starts.”

Meanwhile, there are 60 evacuation orders in place. No new orders were issued on Saturday.

Anyone placed under an evacuation order should leave the area immediately.

Evacuation centres have been set up throughout the province to assist anyone evacuating from a community under threat from a wildfire. To find the centre closest to you, visit the Emergency Management B.C. website.

Evacuees are encouraged to register with Emergency Support Services online, whether or not they access services at an evacuation centre. 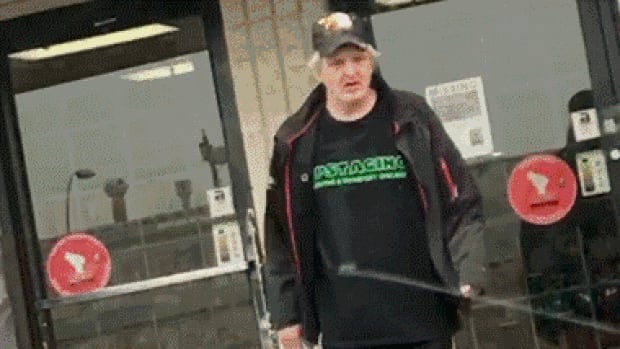