40% in elderly homes get covid19 vaccines 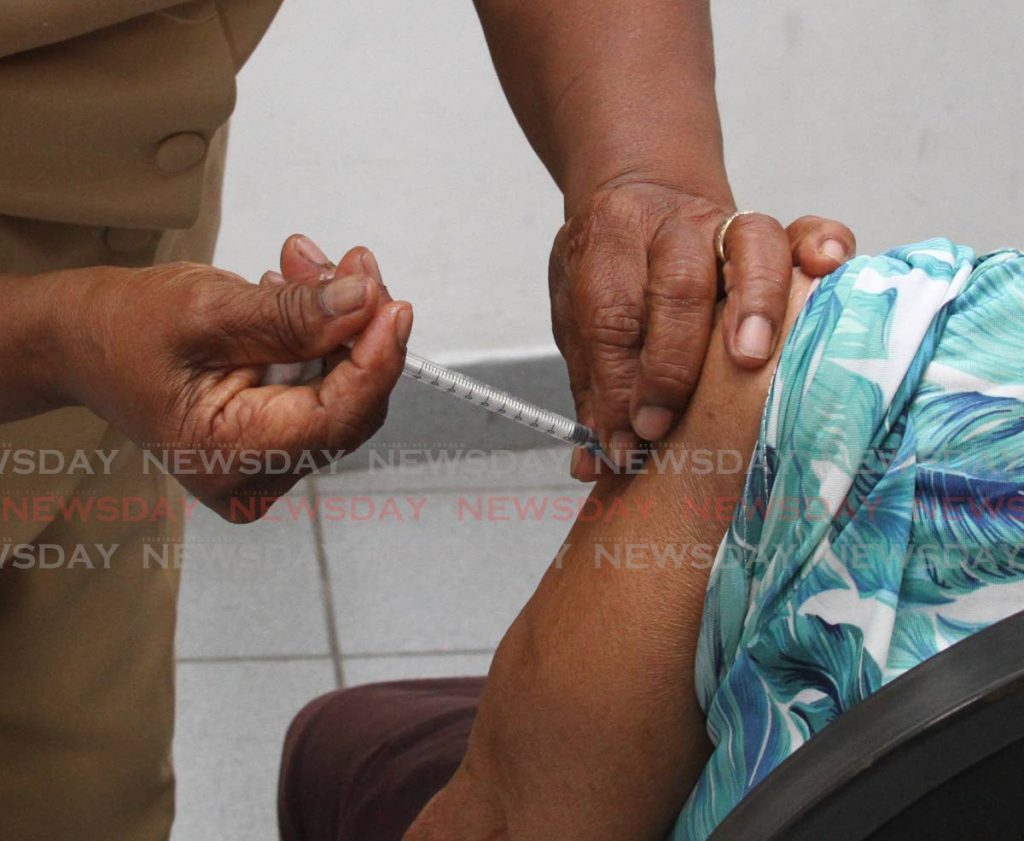 40% in elderly homes get covid19 vaccines

At the beginning of the year, about 17 per cent of people in care homes, including staff, were willing to accept the covid19 vaccine.

As of July, about 40 per cent, around 2,000 have consented or given consent to have the vaccine.

Caroline Ruiz, president of the TT Residential Care Association (TTRCA), said the increase was due mainly to the Health Minister’s public appeal to guardians of residents to sign the consent forms for the elderly to be vaccinated.

However, most are still hesitant.

She said some caretakers do not want to be vaccinated with Sinopharm because they wish to travel at some point in the near future, but some countries were not accepting entry with that brand of vaccine.

The guardians of residents believe since their charges will not be leaving the homes, there is no need for them to be vaccinated. Others fear the vaccine might cause the death of their loved ones, especially those over 90 with comorbidities.

“With the older people in homes, people in the 90s and 100s, it’s very rare you will find someone giving consent for them. We will try as hard as possible to encourage them, but there is little else we can do.”

She said the staff at the ministry visited some of the homes to vaccinate staff and residents, but those who consented in other homes were still not vaccinated.

Stressing that not all elderly homes were registered with the association, Ruiz said, “We are in the process of compiling data on the number of people in homes that contracted covid19 as well as covid19-related deaths but it was taking longer than expected, since homes were reluctant to disclose the information for fear of discrimination.”

Murray-Ogiste added, “We (Tobago) had one confirmed case of covid in one home that I know of.

“Some of the homes are hesitant to say anything because they are afraid of being victimised. I know of one home where there was a suspicion that the home had covid and when they went to a public health facility, they refused to vaccinate the staff from that home. They had to carry the residents in one by one to get vaccinated.”

She said those affiliated with the home suspected to have covid19 were treated with “scorn.” Even some taxis would not pick them up when they travelled.

The homes were also concerned about their business, as they believed no one would want to bring their family members to stay at a home that had covid19.

Ruiz also expressed concern about the varying levels of support for homes at the various County Medical Officer of Health (CMOH) offices.

She said one home within the St George county did not see anyone from the CMOH until weeks after some of the residents contracted covid19. Meanwhile, the CMOH for Caroni seemed to be extremely efficient, with its surveillance team visiting homes with covid19 daily, testing and retesting staff and residents.

Independent senior citizens have also had their troubles and fears.

TTARP honorary secretary Mayling Younglao told Sunday Newsday when covid19 first arrived in TT everyone was afraid, especially since the seniors and those with comorbidities were more at risk.

In order to build up their immune systems and protect themselves, many took more supplements and herbs, and people recommended breathing exercises, bush, garlic and ginger tea and more.

The fear, she said, “is what started all the stories about all the concoctions to do everything you could to help yourself. I think a lot of it continues today, as there is still quite a lot of fear, afraid of the unknown. But I think they are coping well.”

She said they were not only afraid of death, but, since many of TTARP’s members lived on their own, they worried who would look after them if they got sick.

Younglao said TTARP’s role was to enhance the quality of life of those at “the next stage” of their lives and to lead the way in having them enjoy their “golden years.”

“That is why our message is to get out, go see their doctor and get the clearance to get vaccinated, because from my limited research – cause I’m not a doctor and I could only go from how I felt – taking the vaccine may have a risk, but not taking the vaccine increases your risk to close to 100 per cent.”

She added that the fears of taking the vaccine were similar to those of getting covid19 – death and illness, with no one to care for them.

However, she said most of their fears came from hearsay. Some of the reasons for vaccine hesitancy included someone telling them they would die two years after they take the vaccine; that if they had hypertension their blood pressure would rise more; that they would lose their sight, or get a heart attack.

“The vast majority (of the elderly) are not connecting to anything. They may get the news on the TV or on the radio, but they would not go into it (do research), so they would listen to word of mouth. That is where the fear is being developed.”

Since many were not doing their own research, TTARP brought information to them via WhatsApp, Zoom meetings with doctors, social media, phone calls and more. Members in each of the organisation’s 11 zones keep in contact with each other and the heads of each zone disseminated information, listened to fears, and encouraged members to go to their doctors and get vaccinated.

So far, about 40 per cent of TTARP’s approximately 20,000 members have been vaccinated.