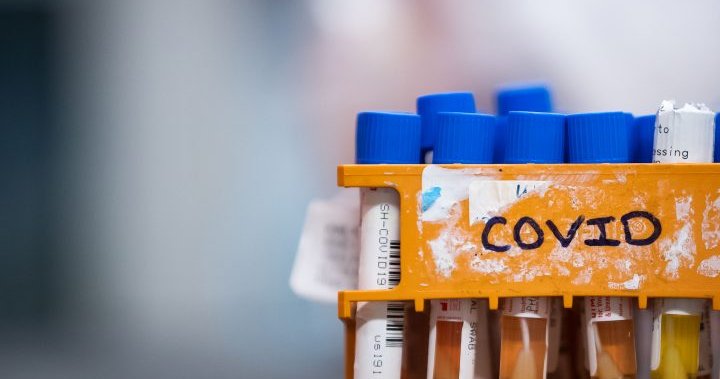 It brings the total number of cases confirmed by the Middlesex-London Health Unit to 13,885, of which 13,443 have been resolved, an increase of 14 from the day before.

At least 238 deaths have been reported, most recently on Tuesday involving a man in his 40s who was partially vaccinated.

The health unit said 204 cases are active in the region, with 166 of them in London, 11 in Thames Centre, and six in Middlesex Centre. Three cases are currently active in Newbury, which has only seen a total of nine cases during the entire pandemic.

The number of cases involving a variant of concern sits at 4,232, up eight from the day before.

The breakdown of known variant cases is as follows:

There are also two cases listed using the old code numbers, one described as B.1.617 and another listed as B.1.617.3.

Further information can be found on the health unit’s summary of COVID-19 cases in Middlesex-London.

As of Thursday, 11 COVID-19 patients were listed as being in the care of London Health Sciences Centre, an increase of two from the day before.

Five of fewer are in adult critical care/ICU, unchanged from the day before.

Also unchanged is the number of COVID-19 inpatients in Children’s Hospital (none), in  paediatric critical care (none) and the number of staff cases (five or fewer).

St. Joseph’s Health Care London (SJHCL) is reporting one non-outbreak case involving a health-care worker, the same as the day before.

An outbreak also remains active involving École Élémentaire La Pommeraie, an elementary school. The outbreak was declared late last week and was tied to three active cases as of Thursday, down from at least five as of Tuesday.

At least 23 COVID-19 cases were active at the following schools as of Thursday, according to the health unit, an increase of at least three from the day before.

The health unit said at least 46 cases have been reported since the start of the school year involving elementary and secondary schools and child care centres. 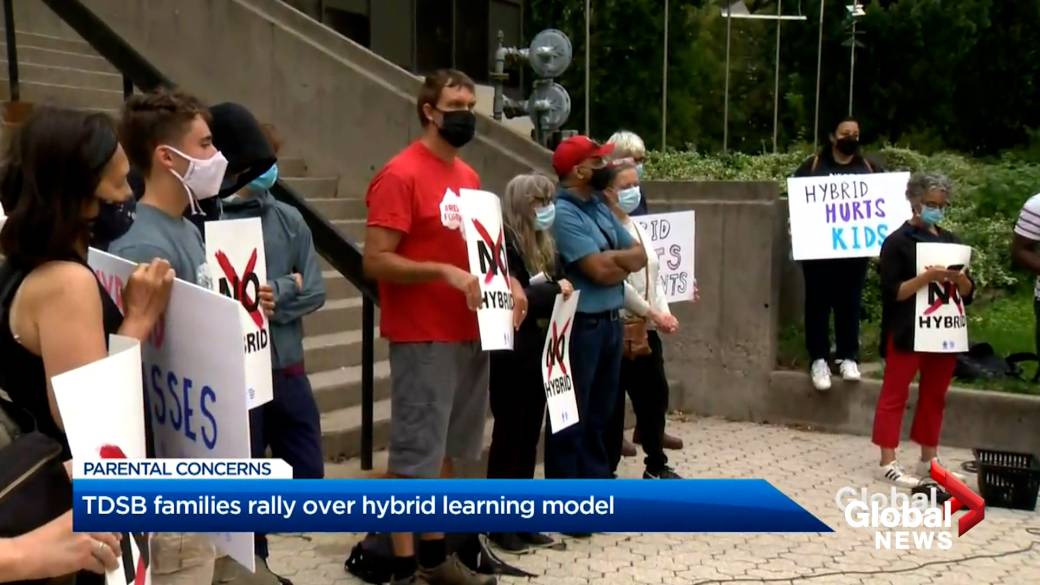 In post-secondary, no cases or outbreaks have been reported, however, a union representing workers on university campuses in Ontario is calling for the government to put classroom capacity limits and distancing requirements in place.

CUPE Ontario President Fred Hahn said that the universities’ proof-of-vaccination and mandatory masking policies are not enough to stop the spread of the Delta variant of COVID-19.

He said he’s hearing from members that classrooms are packed with sometimes hundreds of people, and he calls that a “recipe for disaster.”

A spokeswoman for the Ministry of Colleges and Universities said earlier that schools are able to institute their own, stricter rules.

Roughly 85.5 per cent of residents in the MLHU’s jurisdiction who are 12 years old and above had gotten at least one dose of COVID-19 vaccine as of Sept. 18, according to health unit data released this week.

For two doses, the percentage is 79.4 per cent, the data shows.

Vaccination rates are on par for the city of London and Middlesex County.

The majority of COVID-19 cases, hospitalizations and deaths in the region over the last six weeks continues to involve people who were not fully vaccinated, health unit data shows.

Of the cases reported in London-Middlesex since Aug. 12, 82.3 per cent were either unvaccinated, partially vaccinated, or had gotten their second dose less than two weeks prior. Those completely unvaccinated make up the largest percentage: 67.7 per cent.

On the health unit’s website, residents can find information on pop-up clinics, mass vaccination clinics and pharmacies; guidance for anyone vaccinated outside of the province or country; transportation support for those in need; and more.

Anyone looking to be tested for COVID-19 can find information about the locations of testing sites on the health unit’s website.

The latest COVID-19 test positivity rate in the region was 2.2 per cent for the week of Sept. 12, the same as the week prior, Sept. 5.

There were 122 new school-related cases reported on Thursday, with 106 in students, 14 in staff, and two who weren’t identified.

Elliott said more than 85 per cent of eligible Ontarians have received at least one dose of a COVID-19 vaccine and more than 79 per cent have both doses.

The health unit said the death reported Thursday involved a man in his 70s from Elgin County. It’s unclear if the individual had been vaccinated against COVID-19.

Of the 50 active cases in the region, 30 are in Oxford County and 20 are in Elgin County. Ten alone are in Woodstock, and seven in St. Thomas.

Four people with COVID-19 are currently hospitalized, the health unit said, with all four in intensive care. The tallies are both unchanged from the day before.

Information on school cases can be found on the websites of the Thames Valley District School Board and London District Catholic School Board. 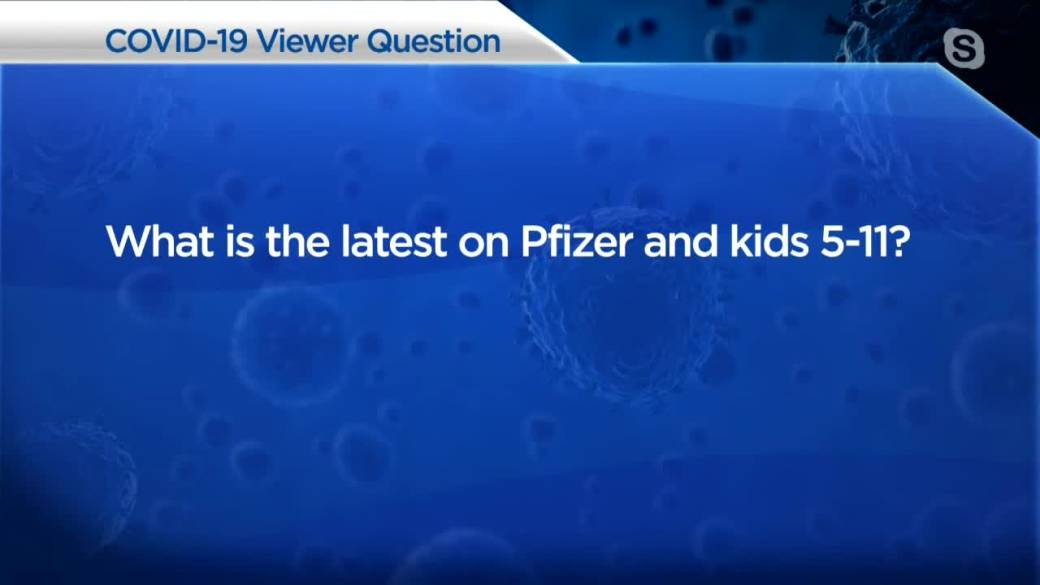 As of Sept. 12, the region’s test per cent positivity rate stood at 2.6 per cent, up from 2.3 per cent a week earlier

Information on where to get vaccinated, vaccine eligibility and booking and cancelling appointments can be found on the health unit’s website.

People can add their names on a weekly basis to the health unit’s same-day vaccination list, also known as the Cancellation List. Select pharmacies in the region are also continuing to offer COVID-19 vaccine shots.

SWPH adds that if anyone needs a copy of their vaccination receipt, they can download it online using their postal code and Ontario health card or call 1-833-943-3900.

Ten of the region’s active cases are in Perth East and five in North Perth. Full case counts by municipality can be found on the health unit’s dashboard.

Four COVID-19 patients are in hospital, and one of the region’s active cases involves a health-care worker.

One outbreak is currently active involving a long-term care home. The outbreak was declared on Sept. 17 at Bluewater Rest Home, linked to one resident case and one staff case.

One outbreak is also active involving an unidentified workplace.

HPPH’s vaccine dashboard showed that as of Sept. 19, 76.6 per cent of residents aged 12 and older were fully vaccinated while 82.5 per cent have had at least one dose.

At least 558 variant of concern cases have been recorded in the region, the same as the previous day. Of those 439 have been Alpha, 121 have been Delta (including 20 in the last 30 days) and 18 have been Gamma.

No COVID-19 patients were reported as being in the care of Bluewater Health on Thursday, down from one the day before.

One new outbreak has been declared in the region, involving Bkejwanong Children’s Centre. The outbreak is tied to fewer than five cases.

It’s one of two outbreaks currently active. The other also involves a school, Gregory A Hogan Catholic School, linked to fewer than five cases.

The health unit has declared a new outbreak at Gregory A. Hogan Catholic School. It involves fewer than five cases.

Roughly 80.7 per cent of people aged 12 and older in Lambton County have gotten at least one dose of the vaccine while 75.1 per cent are fully immunized, the health unit said.

At least 81.2 per cent of adults, and 26.4 per cent of youth have gotten at least one dose. The figure stands at 76 per cent and 22.5 per cent, respectively, for the second dose.

Information on pharmacies offering COVID-19 vaccines can be found on the province’s website.

Lambton Public Health is also working with Lambton County Library in an effort to make it easier to obtain vaccine receipts by assisting residents having trouble downloading or printing the receipts.

— with files from Sawyer Bogdan, Jacquelyn LeBel, Kelly Wang and The Canadian Press