Griffith on collapsed PSC: It does not bother me 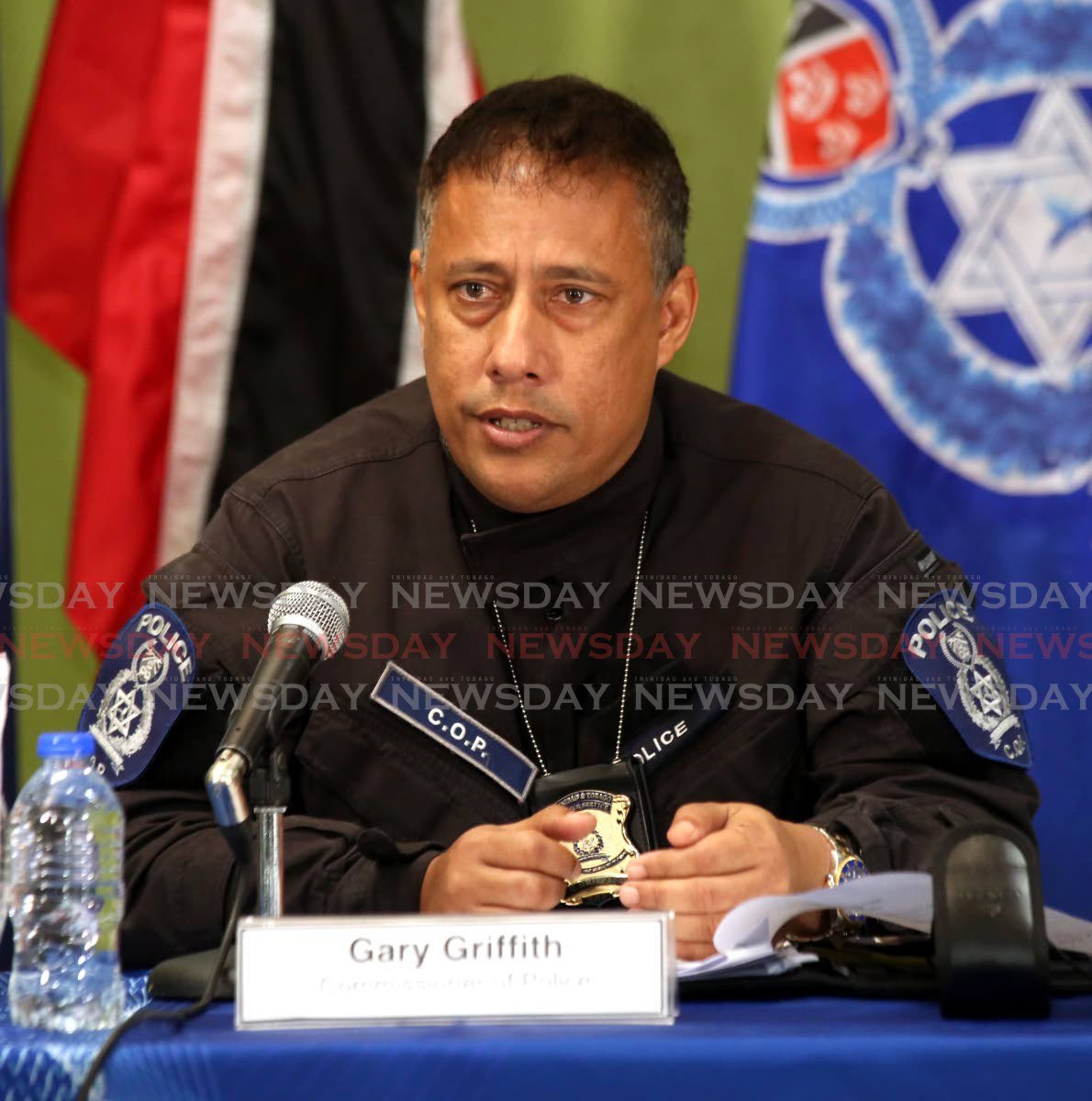 Griffith on collapsed PSC: It does not bother me

FORMER police commissioner Gary Griffith says he is not at all bothered by the collapse of the Police Service Commission (PSC). He is hoping the new board continues where the old one left off and submits the merit list to the President.

Griffith’s comment came hours after the chairman and final member of the PSC, Bliss Seepersad, resigned.

Asked if he was concerned about the latest development and what it will mean for the appointment of a police commissioner, Griffith said: “Not my business. I would expect that if and when a new PSC is appointed, the points and merit list, which was fully completed for the substantive post after several assessments were conducted in a proper manner, would then simply be forwarded to Her Excellency the President then to Parliament for selection.”

The PSC has been entangled in legal battles over the past two weeks, stemming from the September 17 suspension of Griffith.

In his absence, Deputy Commissioner of Police McDonald Jacob was appointed to act. His appointment was extended to October 15 after Griffith’s suspension.

On September 17 the PSC, in a letter, advised Griffith not resume duty, which led to him suing the PSC demanding it cancel the order and reinstate him as acting Police Commissioner. The PSC’s letter was withdrawn on September 23 after Griffith told the commission he would voluntarily defer his resumption of duty.

He also agreed to “step aside” as the commission did its investigation into the granting of firearm users licenses (FULs).

National Security Minister Fitzgerald Hinds said the recommendation from that investigation “could not be ignored” and a copy of the report was sent to the PSC which then appointed retired judge Stanley John to also investigate allegations of impropriety in the granting of FULs.

The decision to suspend Griffith was allegedly made by Seepersad although the other members, Courtney McNish, Dr Susan Craig-James and Roger Kawalsingh, disagreed.

When the information became public, Opposition Leader Kamla Persad-Bissessar, on September 20, called on the PSC members to resign. The Opposition also accused the PSC of being infiltrated by the government who has been accused of undermining the process of appointing a police commissioner.

The first to walk away from the PSC was McNish who resigned on September 21. On September 25, Craig-James resigned leaving the PSC without a quorum. Kawalsingh quit on Monday, and Seepersad on Thursday.

Newsday called all the past commissioners, with both McNish and Craig-James saying they had no comment. McNish added he was “keeping my head down” and will not be speaking with any media house. Kawalsingh and Seepersad did not answer calls to their cellphones. Kawalsingh was in court when Newsday called his office, and up to 6 pm did not return the call.

Opposition senator Jayanti Lutchmedial said the crumbling of the PSC is not the end and called for “an investigation into the circumstances surrounding this debacle.

“The long-overdue resignation of Bliss Seepersad brings little comfort whilst those who aided and abetted her conduct are still in office. Under her failed leadership the country’s confidence in the independence of our service commissions has been shattered.

“The process of appointing a commissioner of police will be inevitable delayed now and Trinidad and Tobago is the only loser here.”

The post Griffith on collapsed PSC: It does not bother me appeared first on Trinidad and Tobago Newsday.