Wednesday’s case count is the lowest seen since Aug. 5 when 213 new cases were recorded.

According to Wednesday’s report, 68 cases were recorded in Toronto, 32 in Windsor-Essex, 29 in York Region, 20 in Ottawa, 18 in Peel Region, and 17 in Niagara Region.

All other local public health units reported fewer than 15 new cases in the provincial report.

The death toll in the province has risen to 9,804 as 12 more deaths were recorded.

There are more than 10.7 million people fully immunized with two doses, which is 82.5 per cent of the eligible (12 and older) population. First dose coverage stands at 87.1 per cent.

Meanwhile, 579,080  Ontario residents were reported to have recovered from COVID-19, which is about 97 per cent of known cases. Resolved cases increased by 527 from the previous day.

The government said 23,219 tests were processed in the previous 24 hours. There are 16,051 tests currently under investigation.

In the third wave peak, which was the worst wave for hospitalizations, the province saw as many as 900 patients in ICUs with COVID and almost 2,400 in general hospital wards.

Provincial officials recently announced they would start including the vaccination status of those hospitalized due to COVID-19 as part of their daily COVID-19 data reporting. They noted the new dataset will grow and improve over time as more information is collected. There may be a discrepancy due to how and when the information for both is collected.

Variants of concern in Ontario

Officials have listed breakdown data for the new VOCs (variants of concern) detected so far in the province which consists of:

“Alpha” the B.1.1.7 VOC (first detected in the United Kingdom): 146,492 variant cases, which is up by 5 since the previous day. This strain dominated Ontario’s third wave.

“Beta” the B.1.351 VOC (first detected in South Africa): 1,503 variant cases, which is unchanged since the previous day.

“Gamma” the P.1 VOC (first detected in Brazil): 5,229 variant cases, which is unchanged since the previous day.

NOTE: It takes several days for positive COVID-19 tests to be re-examined for the exact variant. Therefore, there may be more variant cases than overall cases in daily reporting. 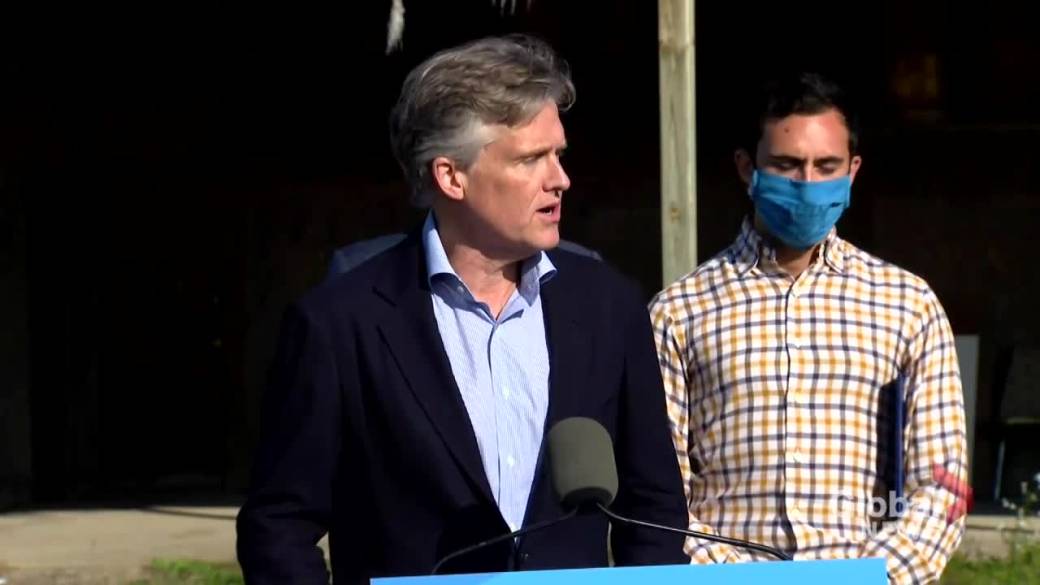 0:54New long-term care home to be build in Vaughan, Ont.

New long-term care home to be build in Vaughan, Ont.

Here is a breakdown of the total cases in Ontario by gender and age:

Here is a breakdown of the total deaths related to COVID-19 by age:

Cases among students and staff at Ontario schools

Meanwhile, government figures show there are currently 704 out of 4,844 schools in Ontario with at least one COVID-19 case.

On Wednesday, Ontario reported 269 new COVID-19 cases in schools — with 249 among students and 19 among staff with 1 case not identified. Due to the long weekend the data was collected over several days from Friday afternoon to Tuesday afternoon.

There are 1,357 active infections among both students and staff, an increase from 1,234 active cases reported Tuesday.

Five schools are closed as a result of positive cases.

According to the Ontario Ministry of Long-Term Care, there have been 3,822 deaths reported among residents and patients in long-term care homes across Ontario, which is unchanged since the previous day. Thirteen virus-related deaths in total have been reported among staff.

There are 9 current outbreaks in homes, which is down by three from the previous day.