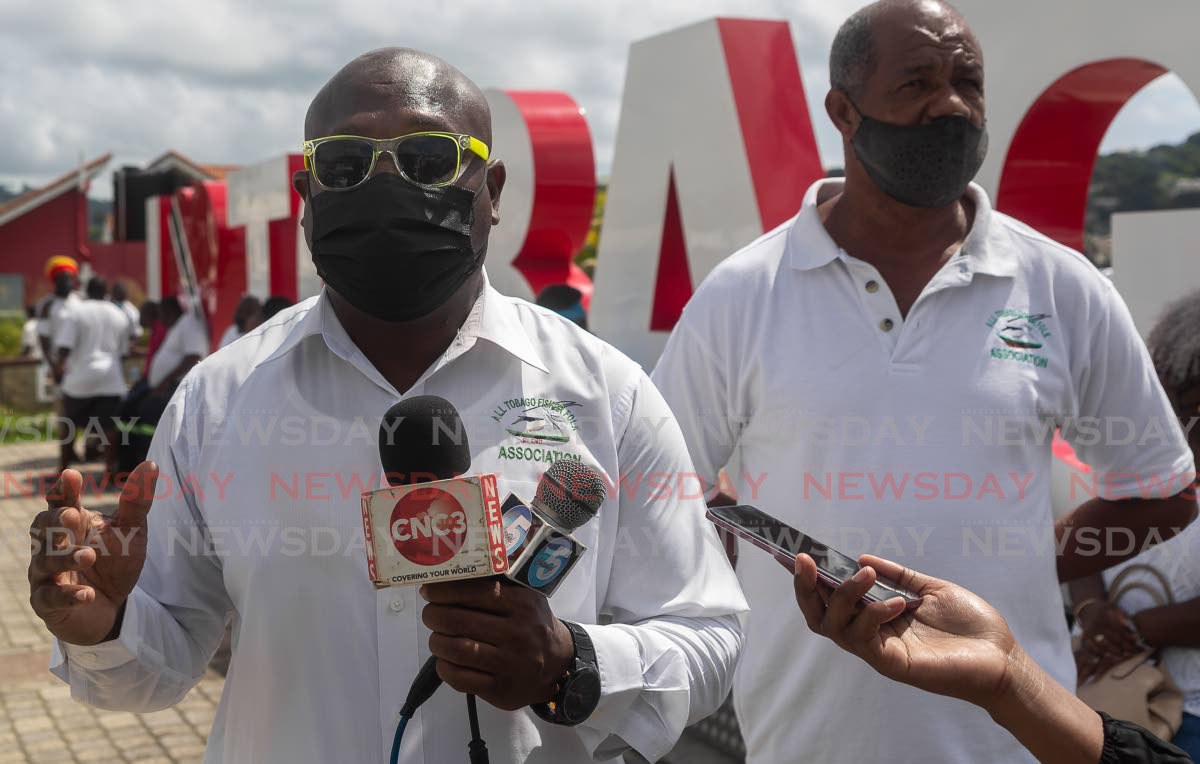 BHP Trinidad says it is not responsible for damaging fishing pots and/or cutting the fish aggregating devices (FADs) belonging to Tobago fishermen.

In an email to Newsday, the company also denied trespassing on fishing grounds.

On Tuesday, members of the All Tobago Fisherfolk Association (ATFA), at a news conference in Scarborough, accused BHP of negatively affecting their livelihoods.

“Our crew and fishing liaison officer on board executed the survey in accordance with our approved certificate of environmental clearance, maintaining records at all times of the vessel’s location.

“As such, BHP can confirm that the vessel did not come within seven miles of Tobago or near any fish pots throughout the entire duration of the survey.”

Earlier this year, the association claimed a geotechnical survey went beyond agreed-upon guidelines.

When contacted on Thursday, Douglas said BHP’s response was confusing.

“It’s sad to see they are in denial when the fisherfolk have evidence.

“There is something missing from that correspondence, and what is missing is the truth. Because as of today, I got a report at 1.30 pm where Belle Garden fishermen reported that they had cut away one of these FADs. I have proof.

“When they are saying that their survey is finished, it is quite disturbing and I’m wondering if BHP is on the ball and understands what they are saying.

“It’s ironic that they are denying responsibility when just last week Tobago fisherfolk have pure evidence, coordinates and time and date the property was destroyed.”

He said the association is looking at all legal options.

On Tuesday the fisherfolk threatened that the existing Tobago House of Assembly administration will pay a political price if the issues aren’t resolved in 24 hours.

Two days later, Douglas said all 200 members of the association will express their dissatisfaction at the polls in the THA December 6 election.