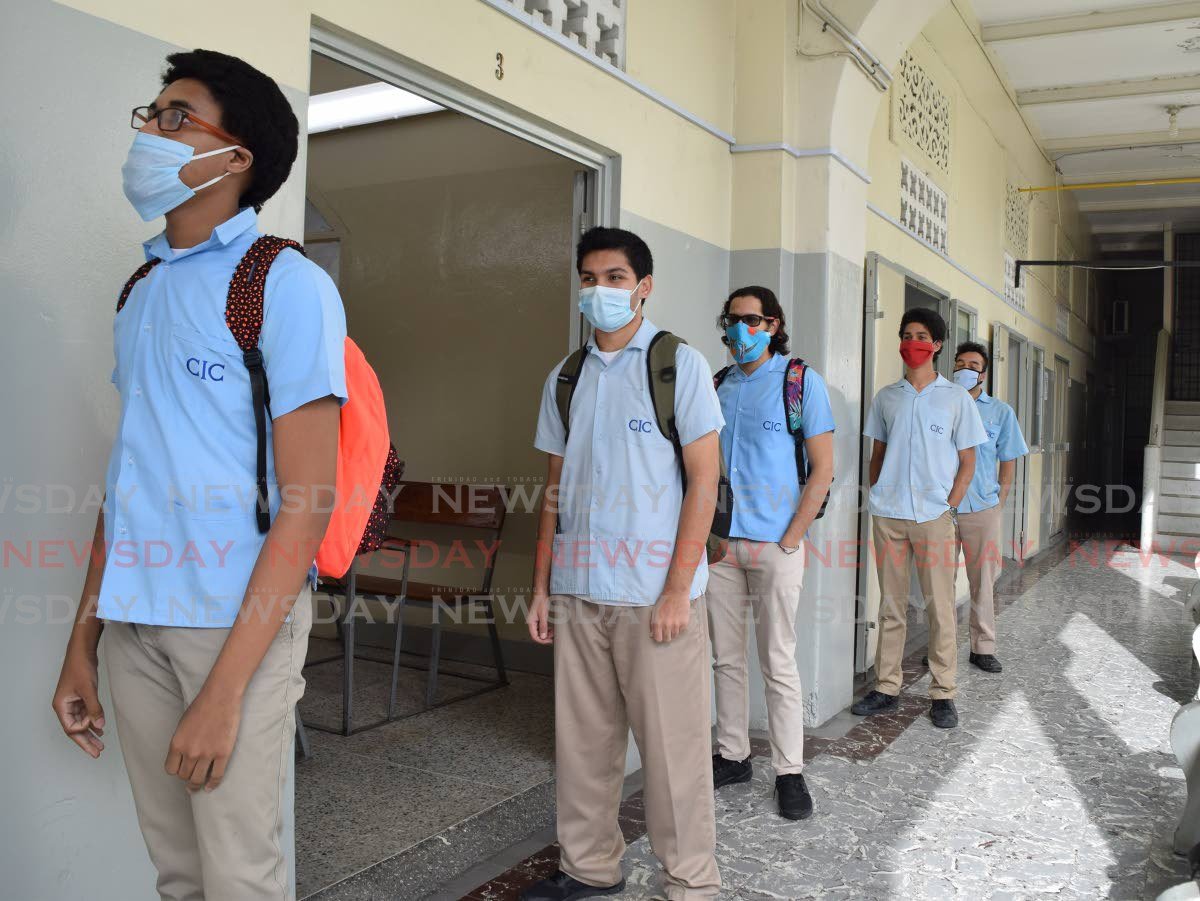 The announcement was made during the June/July 2021 results ceremony hosted by CXC in Guyana on Thursday – a day ahead of the release of results to candidates on Friday.

CXC director of operations Dr Nicole Manning said overall there was a reduction in candidate and subject entries for the exams in 2021. She said it was the lowest cohort in four years. These candidates were not a part of those who chose to defer their exams to 2022.

She said 8.3 per cent of students did not show up for their CAPE exams. As for CSEC, 11.23 per cent were also absent.

Manning said there was also a decline in grade ones in subjects such as CSEC English B. The subject also saw a decline of passes as compared to previous years with a 61 per cent overall pass rate. English A had a 74 per cent.

Other subjects that showed a decline in performance included principles of business with a regional pass rate of 79 per cent and social studies at 54 per cent. In math, 41 per cent received a passing grade.

Manning said the effect of Tropical Storm Elsa, the eruption of the La Soufrière Volcano in St Vincent and the Grenadines (SVG), and the ongoing covid19 pandemic affected the exams.

“We had to postpone exams in St Lucia, Dominica and Barbados (because of) the impact of the tropical storm.”

She said the decision was made at the local levels based on the needs of each government and CXC facilitated the candidates on those islands.

Students affected by the storm were rescheduled and administered their exams in the second sitting with the SVG students whose exams were postponed because of the eruption. She said the results for those countries will be released with the SVG cohort on October 20.

“As an examination body, and a big part of our 2021-2025 strategic plan, we have been working with ministries to increase electronic testing,” said Manning.

She said it was one of the seven components of full digital transformation for the region.

Manning said CXC has continued its training with ministry officials and chief invigilators and for the management of electronic testing. She said there was an increase in interest this year to which the council responded.

She said with regards to school-based assessments (SBAs), 94.6 per cent of CAPE students submitted.

“While it may look lower than previous years, we do have a few SBA scores missing. It is not so much an alarm because we have been getting a good response from local registrars.”

However, she said 4,839 SBAs were not submitted to teachers.

“This is an important figure for planning moving forward for an understanding as to why we would not have had that submission to teachers.”

Manning said the council also had to mitigate the psychosocial impact of the pandemic this year. This, she said, was treated as a hardship.

“We saw increases in irregularities and hardships.”

She said a common irregularity the council had to deal with was students entering the exam room with their cellphones. She warned the 2022 cohort that this should not be done.

A hardship, however, she defined as more concerning issues the council had to address, especially as it related to family issues. She said CXC would have dealt with all hardships faced by students, most of which was caused by the pandemic.

She expressed condolences on behalf of CXC to the numerous reports received of deaths of parents or guardians of candidates.

“We made sure we took care of that (and) no one was disadvantaged.”

CXC Registrar and CEO Dr Wayne Wesley assured candidates receiving results on Friday that the council understood the effect the pandemic would have had on performance, and that candidates would not be disadvantaged in marking. He said the pandemic has served to highlight several weaknesses in the education system.

Minister of Education, Guyana Dr Priya Monickchand said, “If we are being honest, and we should be, the pandemic caught us at widely different levels of readiness for the unprecedented demands and new modes of education delivery.

“Equally notable, is the fact that our systems responded to the disruptions with varying degrees of alacrity.”