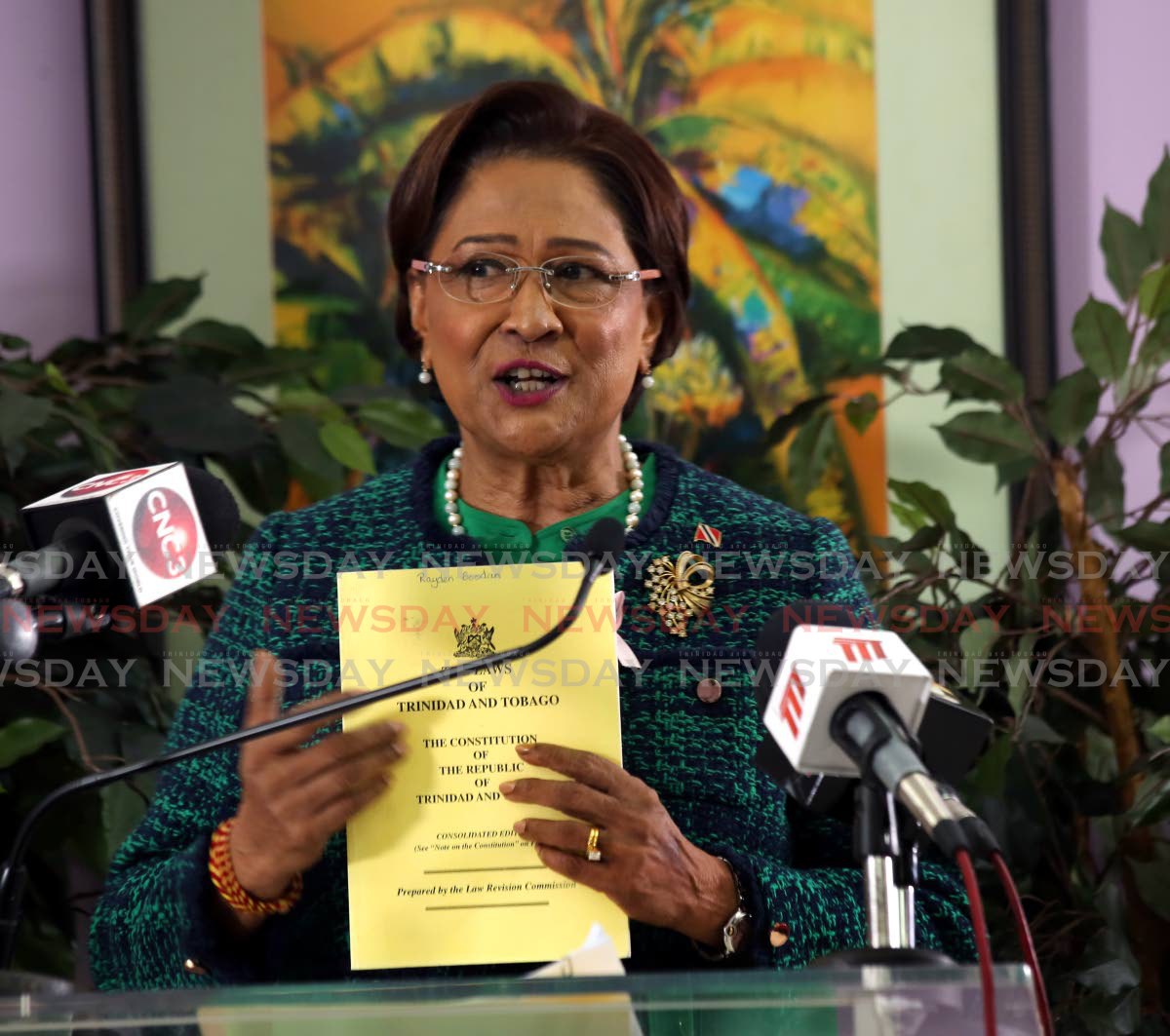 For the first time in history, a motion has been filed seeking to remove a President from office.

Opposition Leader Kamla Persad-Bissessar, at a media conference on Friday, announced that a constitutional motion was being filed seeking the removal of Paula-Mae Weekes who she accused of bringing the Office of the President into disrepute.

In a media release issued in September, Persad-Bissessar claimed she received information that the Prime Minister met with the President to influence the process of selecting an acting police commissioner.

Persad-Bissessar said the motion against Weekes was filed under Section 36 of the Constitution, noting that a President could only be removed under certain conditions.

“There is another one, and I don’t know if we reached there yet, for reason of mental capacity. But the rate some are going, some of us may reach there sooner than later.”

Persad-Bissessar said the motion was warranted and accused Weekes of being influenced by political forces.

She added that the selection of a police commissioner could set the stage for gross abuses of citizens’ rights, and said her party was prepared to pursue the motion fully.