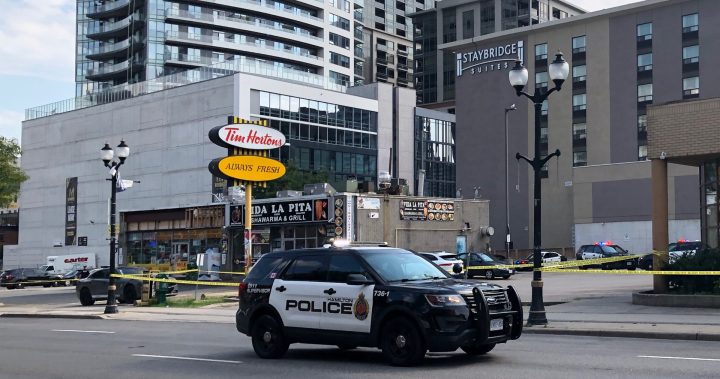 Police are scheduled to provide updates on two separate Hamilton homicides Friday morning – both incidents involving the death of teens.

Detectives say 19-year-old Sabir Hassen Omer was gunned down near the Tim Hortons at King and Caroline streets.

Omer and another man were approached by a suspect around 3 p.m. on Sept. 14 with a short verbal exchange occurring before shots were fired.

During a press conference, Det. Sgt. Steve Berezuik said it was “fair” to characterize the episode as “targeted.”

“This is a broad daylight shooting, a lot of people are out during the day,” said Berezuik.

“This type of activity in the middle of the day in a city like this is unacceptable.”

The suspect in the shooting – described as about five feet seven inches with a medium build and wearing dark clothes – fled on foot southbound down Caroline Street toward Main Street and is still at large. 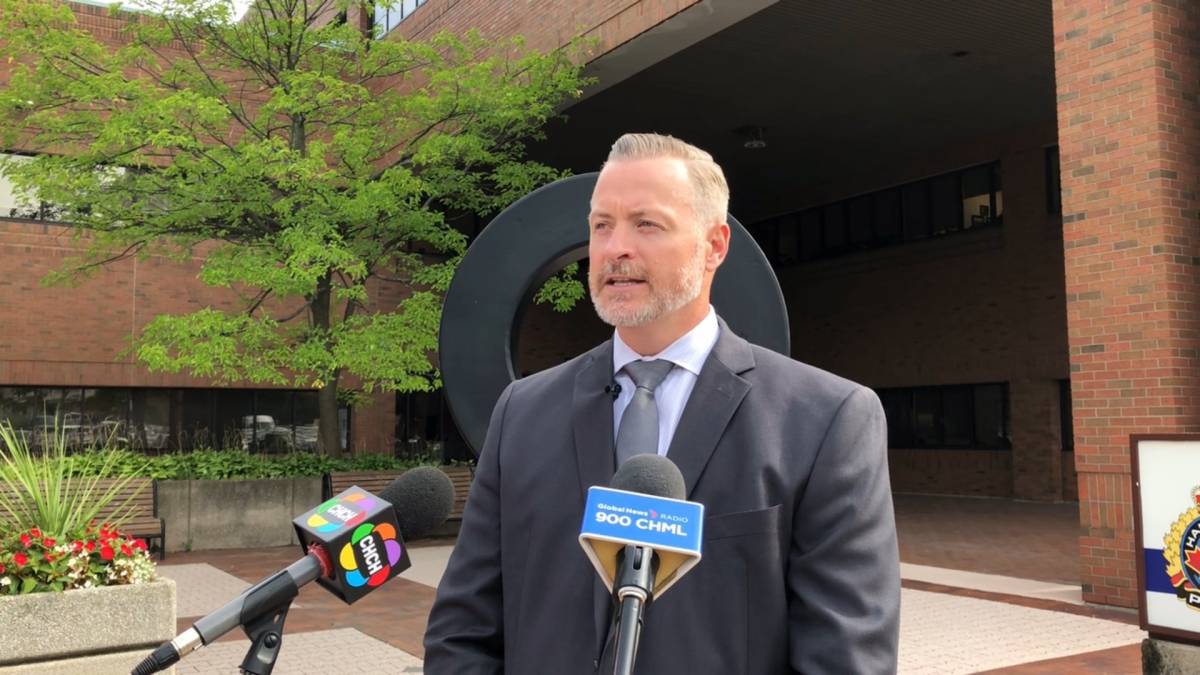 Meanwhile, 17-year-old Keden Bond was shot and killed on the evening of Aug. 6 in the parking lot of the Heritage Hill Shopping Centre at Mud Street and Paramount Drive in Stoney Creek.

Emergency crews were called to the Heritage Hill Shopping Centre at the northeast corner of Paramount Drive and Mud Street West just before 8 p.m. on Friday for reports of a shooting.

Police said two suspects approached three people who were in the parking lot and began firing at them.

Police say Bond was critically injured and was rushed to hospital, where he later died. A 35-year-old man sustained life-altering injuries and is still in hospital. A 25-year-old man was treated and released for minor injuries, investigators said.

Hamilton Police confirm 17-year-old Keden Bond from #HamOnt was killed after a shooting on Friday, August 6, 2021.

Keden was born and raised in Hamilton and is a recent high school graduate. Keden’s family is requesting privacy at this time. Read More: https://t.co/j6AGou5qvZ

Police still have no suspect description at this time, however, investigators say they fled northbound on foot to a vehicle. It is not clear where the vehicle then went.

–with files from Jessica Patton