I lost confidence in Griffith as police commissioner 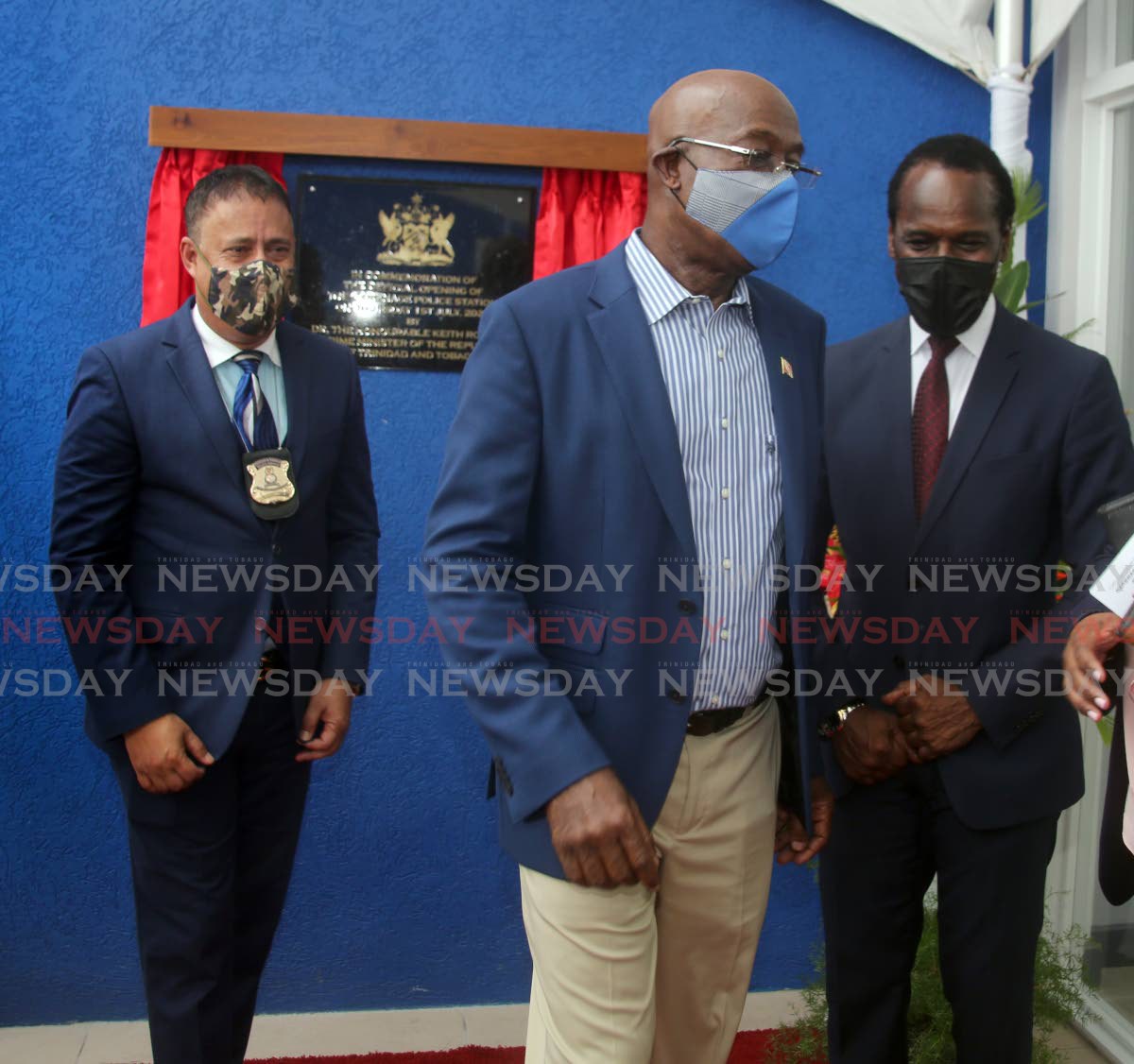 I lost confidence in Griffith as police commissioner

The Prime Minister has admitted that he lost confidence in former Police Commissioner Gary Griffith and expressed this in a letter to the Police Service Commission (PSC) a year ago but declined to state exactly why he felt that way.

During a media briefing at the Diplomatic Centre, St Anns, on Saturday, Dr Rowley admitted that one of three correspondences he had with the commission was in 2020 was a letter expressing his loss of confidence in Griffith.

When asked to clarify what led to this loss of confidence, Rowley replied “My judgment.”

Last September, Griffith and Rowley disagreed over over the police’s ability to enforce public health restrictions to combat the spread of covid19 which led to Griffith being invited to a meeting with Rowley, Attorney General Faris Al-Rawi and then National Security Minister Stuart Young at the Diplomatic Centre, St Ann’s.

When asked to further clarify what led to his discontent with Griffith, Rowley said there were certain things he could not discuss in public.

“That letter was a letter indicating to the commission that as Prime Minister I had lost confidence in the Commissioner of Police of TT. That was one year ago.

“There are things that I deal with publicly and there are things I do not. I could have published that letter a year ago, I could have told you that a year ago. If only because of the situation in the country. Given the interpretation and the conspiracy theories, I only mentioned that in my role as Prime Minister.”

On Wednesday Justice Nadia Kangaloo ruled that the appointments of both Griffith and former acting Police Commissioner McDonald Jacob were unconstitutional.

In response then, Griffith posted a video to his Facebook page announcing that his days of service to TT were not over and also alleged a conspiracy at work describing it as a “desperation” to have him removed from office.

Rowley declined to comment on these remarks saying, “That is a matter for Mr Griffith and Justice Kangaloo.”