When will sewage problem end? 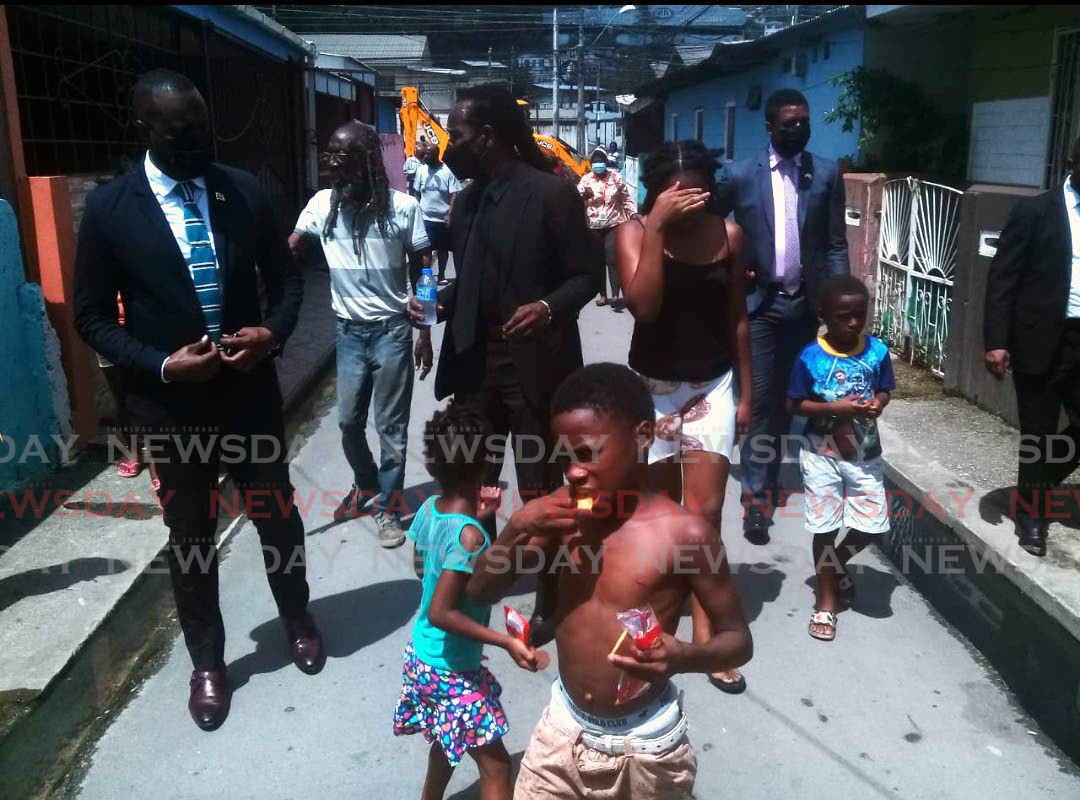 When will sewage problem end?

The number of households now affected by sewage backing up into bathrooms, toilets and yards has risen over the last two days, extending to over 30.

On Wednesday when Newsday visited, at least ten houses on 17A and 17B Streets were affected. But as sewage continued to gush out of four manholes along Main Street, flooding of nearby homes and streets have occurred.

One resident of 17A Street, Barry Marcelle, told Newsday the sewage and worms which flooded his daughter’s backyard and home have now subsided.

He said some work was done but he remains fearful that he would be back to square one when the leaks on Main Street are fixed.

“As down so start to leak more, we went down. I don’t know when WASA fix it if it will come back up here.”

He said the water rises in the bathroom every time the toilet is flushed, but the situation worsens when it rains.

Anthony Burke, who lives on 6th Street, expressed his disappointment in the government. He said after recently paying his WASA bill he deserves better.

Burke said the bathroom and toilet areas are flooded with sewage which has also entered other rooms including the kitchen.

His daughter told Newsday they are unable to cook and bathe at home.

“We can’t do nothing. Sleeping at night not nice with the smell of sewage. Look I getting the cold with it too,” she said.

Hinds told Newsday WASA’s CEO and engineering team have assessed the situation but the only solution would be to replace the sewer lines.

He said the existing lines from the 1960’s have become dilapidated causing them to deteriorate and collapse over time.

“As a consequence of that, leaks are popping up. And once the line is ruptured, it removes the soil from around, then the top soil collapses. Hence the reason for the sinkholes.”

Hinds expressed disappointment with the recent repair work done on the major sinkhole caused by the ruptured sewer line at Main Street.

“I am very dismayed at the quality of work that I am now seeing close up.”

Hinds said the ministry would order the contractor back to the site and have them properly repair it.

Gonzales said this is an emergency situation and, together with a team from WASA, a private contractor would be hired to start repairs on Friday night.

“The contractor will be responsible for removing a lot of water in the lines. They (contractors) are going to set up appropriate pumps. These pumps are going to be put into motion to reduce the levels of the water.”

Gonzales said only then would work begin to replace the old sewer lines with new ones.

“We are hoping to do so in the shortest time possible.

“This is an emergency. All emergency measures will be triggered to start the replacement of these lines as to not allow this to continue.”

Hinds said he empathised and sympathised with his constituents.

“This is not a very pleasant situation. We are here to assure residents that we are acting in their interest and with urgency.”