Mark: No one tells UNC how to behave 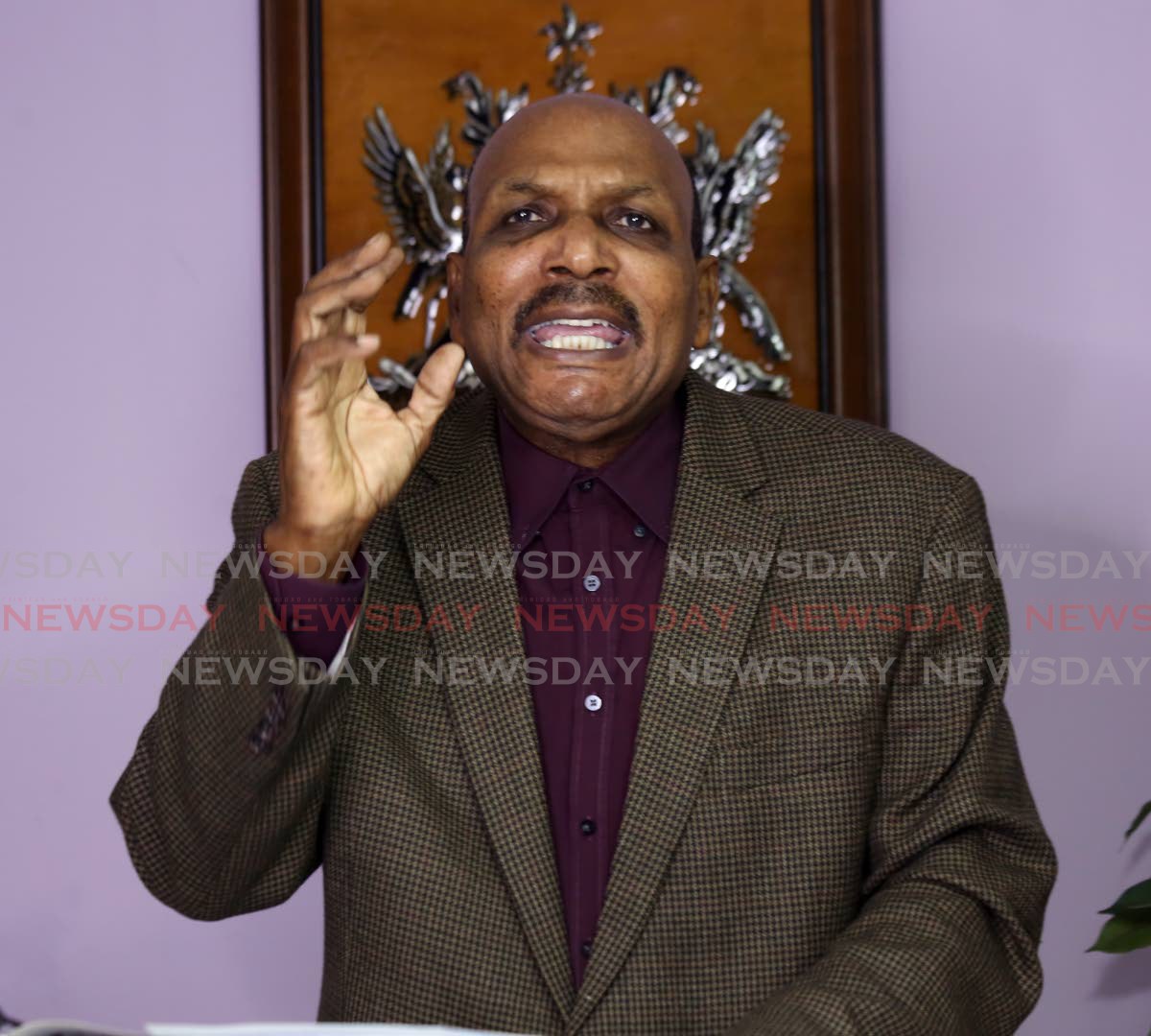 Mark: No one tells UNC how to behave

OPPOSITION Senator Wade Mark said no one, including any independent senator, could tell UNC parliamentarians how to conduct themselves, as the party was committed to defending rights of expression under the TT Constitution.

He spoke on Tuesday against Independent Senator Anthony Vieira’s private motion to censure opposition senators over their behaviour during the convening of a parliamentary Electoral College on October 21.

Mark began by alleging “a very close relationship” and, “an alliance” between the motion’s mover (Vieira) and Government.

He declared that of the motion was a dagger to the heart of parliamentary democracy in TT. “The mover is judge, jury and executioner all in one,” he hit.

He accused Vieira of earlier speaking so as to “attack, denigrate, bully and harass” the Opposition – all things Vieira alleged the opposition members had done to independent senators during the college’s sitting.

Mark rejected Vieira’s motion as “frivolous, vexatious, shameful, disgraceful and lacking.” He alleged Vieira had provided no evidence to support his motion but simply seemed to be “toting feelings.”

Mark advised, “In this place you must be thick-skinned. If you can’t take the heat, get out of the kitchen.”

He announced no one would stop the Opposition from defending the Constitution, which he said gave each senator freedom of thought, expression and conscience.

“Under the Constitution there shall be freedom of speech in the Senate.” However, he said Vieira seemed to want to regulate how opposition senators should speak and conduct themselves.

He also alleged that Vieira and Independent Senator Paul Richards, in their remarks, had not mentioned the turn of events resulting in no CoP being named.

Mark accused Vieira of having entered the political gayelle, in a display of conduct unbecoming of a senator. During Mark’s speech, his opposition colleagues streamed back into the chamber to support him but otherwise stayed away during the speeches of government and independent senators.

Opposition Senator Anil Roberts, coming later, chided Agriculture Minister Clarence Rambharat for likening the Opposition’s conduct to the 1990 attempted coup and the January 6 incursion into the US Capitol in Washington DC by protesters. Roberts said Rambharat could not give one quote of anything offensive said by the Opposition at the Electoral College.

He said Vieira’s motion was vacuous.

Regarding Richards saying he might have erred by commenting to a newspaper chiding the Opposition, Roberts said it would have been very easy for Richards to have just said, “no comment.”

He viewed Vieira’s earlier remarks towards the Opposition as malicious, abusive and intimidating , but claimed Vieira had failed to identify one offensive statement by the Opposition in the Electoral College. Roberts said over the years, people had fought for the right to be able to speak freely in Parliament, citing South African former president Nelson Mandela.

The debate was adjourned and the Senate will sit next Tuesday at 10 am.

The post Mark: No one tells UNC how to behave appeared first on Trinidad and Tobago Newsday.