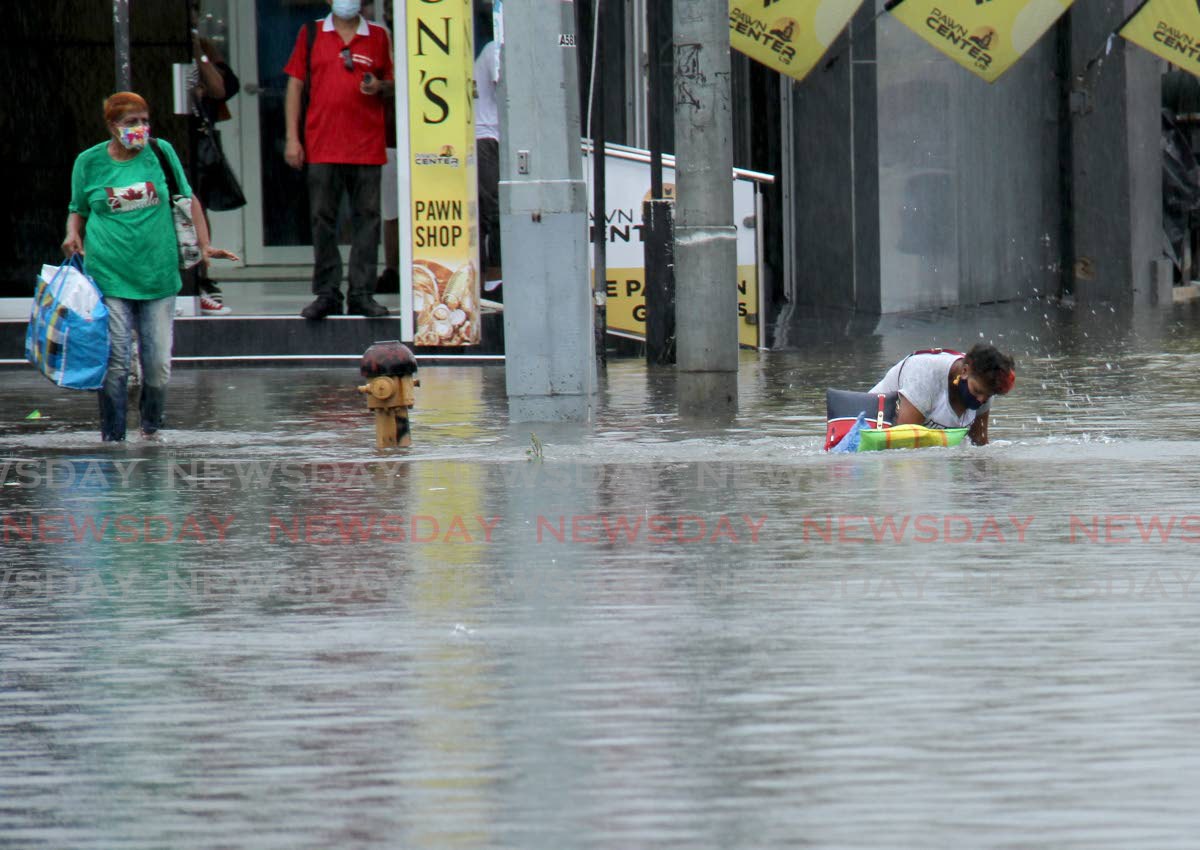 Patients at the Port of Spain General Hospital were among people who were affected by flash flooding as thunder showers swept some parts of the country on Saturday.

Operations at a tent set up outside the Accident and Emergency department at the hospital were briefly halted when the tent flooded.

A video of the flooded tent, which was circulated on social media, showed several patients on stretchers, some wearing oxygen masks, as water covered the floor.

In a press release, the North West Regional Health Authority said, “The issue was immediately dealt with and clean-up operations at the site have been completed.

“As a precaution, contingency measures have been implemented to mitigate against any further occurrence.

“The Authority apologises to our clients for this incident. We remain committed to the provision of care in a safe and comfortable environment.”

Port of Spain mayor Joel Martinez told Newsday that while there was widespread flooding, there were no reports of damage.

“The Corporation really didn’t have to respond in any major way to the waters today because the waters subsided pretty quickly.

“I believe the tide was out, so whatever pooling of water took place, it was able to subside very quickly and there was no damage.”

In contrast to scenes in Port of Spain, most of central and south Trinidad were spared the effects of the bad weather.

At 9:59 am on Saturday, the TT Meteorological Office issued a yellow alert warning until 6pm for Trinidad as there was a 70 per cent chance of heavy showers and thunderstorms.

In its alert, the met office also said there was the threat of isolated flash flooding and warned people to be cautious.

Chairman of the Penal/Debe Regional Corporation Dr Allen Sammy said there were no reports of flooding in the corporation.

Sammy told Newsday, “I got no reports of flooding so I got the impression that rain didn’t fall in Penal/Debe like it did in other parts of Trinidad.

“It’s not the usual kind of heavy thunderstorms we usually get. It fell steadily from 11am until 1pm, at least where I live, and it has just been overcast since then.”

Though he was thankful there were no floods on Saturday, Sammy said street and flash flooding has become a regular occurrence in Penal/Debe.

“As I always tell people, we would get some (flood) in the road and so on but it’s not an issue in Penal/Debe, it’s only when it goes into the home when people complain.”

Chaguanas Mayor Faaiq Mohammed told Newsday there were no reports of flooding in the borough.

Even though Saturday’s yellow alert level was expected to end at 6pm, the met office discontinued it at 3.28pm.