THA campaign set to intensify in final week before polls 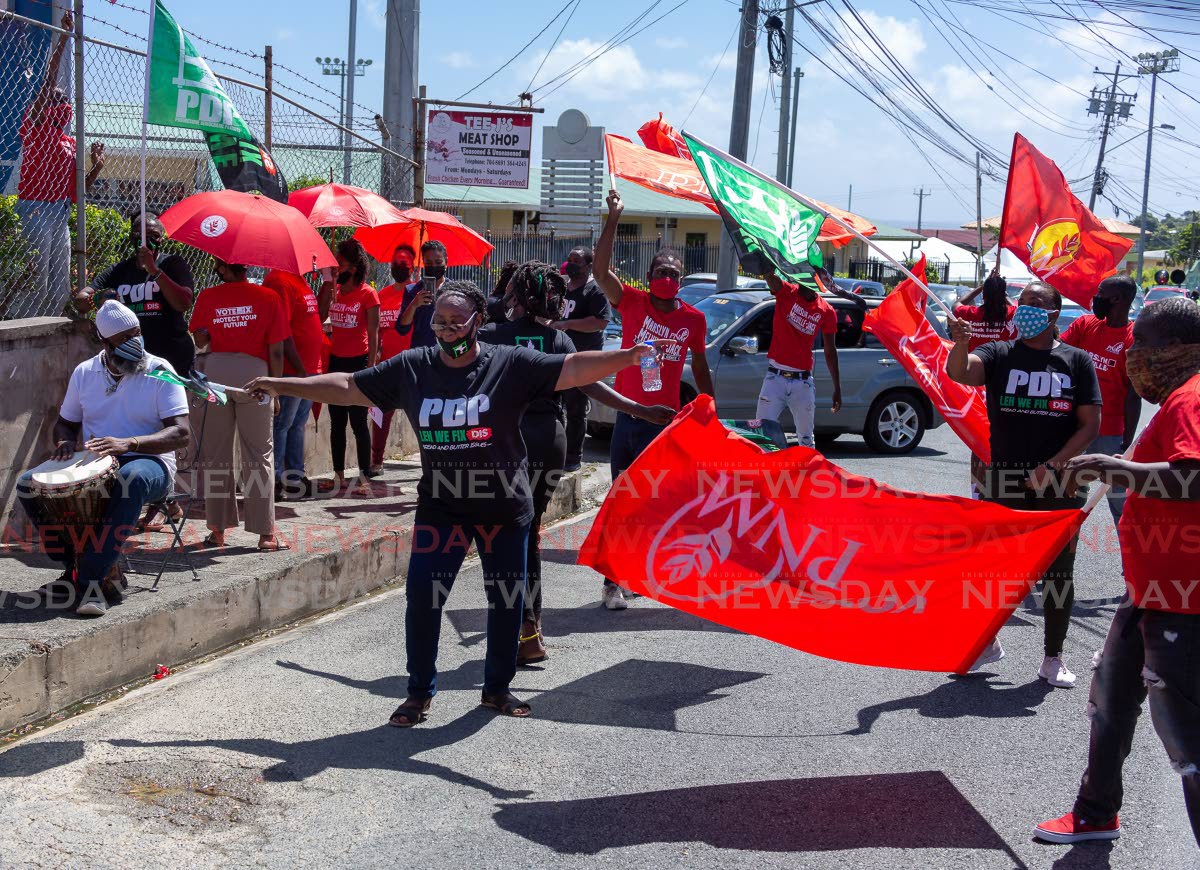 THA campaign set to intensify in final week before polls

The battle for the December 6 Tobago House of Assembly (THA) election is expected to intensify this week as political parties make a last-ditch effort to woo voters.

The election, being held for the first time with 15 electoral districts, is taking place amid a third wave of covid19, which has already claimed 116 lives in Tobago.

As such, the political parties, in keeping with public health protocols, have resorted to mostly virtual platforms to host meetings and attempts are being made to avoid gatherings during walkabouts.

With just eight days to go, Sunday Newsday reached out to the leaders for feedback about their plans if elected.

IDA leader Dr Denise Tsoiafatt-Angus, who said the party will employ a consultative approach to governance if elected, also promised to respond to Sunday Newsday but did not after the death of her mother.

At the launch of her candidates, earlier this month, Tsoiafatt-Angus promoted the IDA as the only choice for Tobagonians. She said the party intends to focus on people, the economy and the environment “through a private sector focus.

“Our economy has been hit really hard. Economies worldwide have been hit yard but in Tobago, it’s been rough. The only way we can truly come out of this strong is by focusing on building a private sector in Tobago. And so that would be our focus,” Tsoiafatt Angus had said.

The PDP, with its slogan, Leh We Fix Dis, has mounted a ground campaign. Like the IDA, it also believes the private sector must drive the economy post covid19. The party also intends to implement initiatives to promote entrepreneurship and reduce the dependence on the THA, which, it believes, employs too much of Tobago’s working population (65 to 70 per cent).

Davidson-Celestine said the PNM is confident of victory. If elected, she said autonomy will be high on the party’s agenda.

“From day one, back to the Parliament we go,” she said.

“The PDP and UNC are the only things standing in our way to having an island government with access $1.2 billion more annually, ability to make laws, borrow and invest, solve our land title issues, take possession of property and land held by central government for Tobago at the moment. It would be the day when we get to sit at the table as equal partners with Trinidad.”

She added, “We are at a crossroad when we talk of autonomy and PDP talks about secession. These two islands add to each-other. Not always a perfect marriage, but it’s good for both of us together. I am sad as a Tobagonian as we didn’t get to the equality of status. And I’m frightened of a separation from Trinidad.”

Saying Tobago cannot carry its basic wage and development bill on its own, Davidson-Celestine added, “We earn only $200 million through taxation and have a wage bill of $700 million. Various government ministries spend money to service Tobago – another $788 million. The operation of the seabridge is another $600 million and of course the cost of those two ferries (Buccoo Reef and APT James) is at $1.2 billion.”

Davidson-Celestine, who is contesting the Signal Hill/Patience Hill seat, said the PNM already has several projects on stream to generate new jobs in 2022.

These include the $60 million Scarborough revitalisation initiative, construction of the Marriott-brand hotel, the ongoing ANR Robinson airport expansion project and the establishment of a new Division of Information and Technology.

Buoyed by the latest International Monetary Fund report, Davidson-Celestine predicted 2022 will be an exciting year for Tobago. She said covid19 has presented new opportunities.

“Real diversity has come from adversity and we must all embrace that the private sector should be the driver of our economy.”

“Our emphasis is on people with job creation, youth, women and the private sector, agriculture, information and technology, tourism and small manufacturing.”

She added, “We also plan to help shift micro and small start-ups into a different direction to feed into the product we offer to the world. We will be looking at financing, at professional business consultation and deregulation. The most prosperous countries in the world are the ones where it is easiest to set up a business. That requires less red tape and more open doors.”

Political analyst Dr Bishnu Ragoonath said although the campaign has heated up significantly, he cannot pick a clear winner.

“I think that both the PNM and PDP are evenly matched,” he told Sunday Newsday.

But he believes the proposals coming from the PNM – including its $50 million initiative to assist struggling stakeholders in the accommodation sector as well as displaced workers – suggests there is some degree of anxiety within the party.

“It is that regard that I think the PNM is coming up with all of the various proposals now in an attempt to woo the undecided voters back to them.”

Ragoonath observed that although the PNM won the Tobago East and West seats in the 2020 general election, they got a ten per cent higher portion of the votes than the PDP. He added they were also “neck and neck” in the January 25 THA election.

“If that trend is to continue with the same voting pattern there is the likelihood that the PDP may be able to pick up a bigger percentage of the votes and that could spell trouble for the PNM because of the fact that they would now lose the popular vote.

“That may not result in the PNM being defeated because with those three new seats, if the PNM picks up one or two, that could put them in a safe position.”

Ragoonath said the challenge is whether the campaign will create enough fervour to bring out more than the 52 per cent of the electorate who had voted in 2020 and 2021.

“That percentage of voters remained steady in 2020 and 2021. So, the big question is, ‘Can we have an increase in the voter turnout?’”

He said some Tobagonians, noting that the PNM had lost support, were upset about the manner in which the party handled the negotiations after the six-six deadlock after the January 2021 polls.