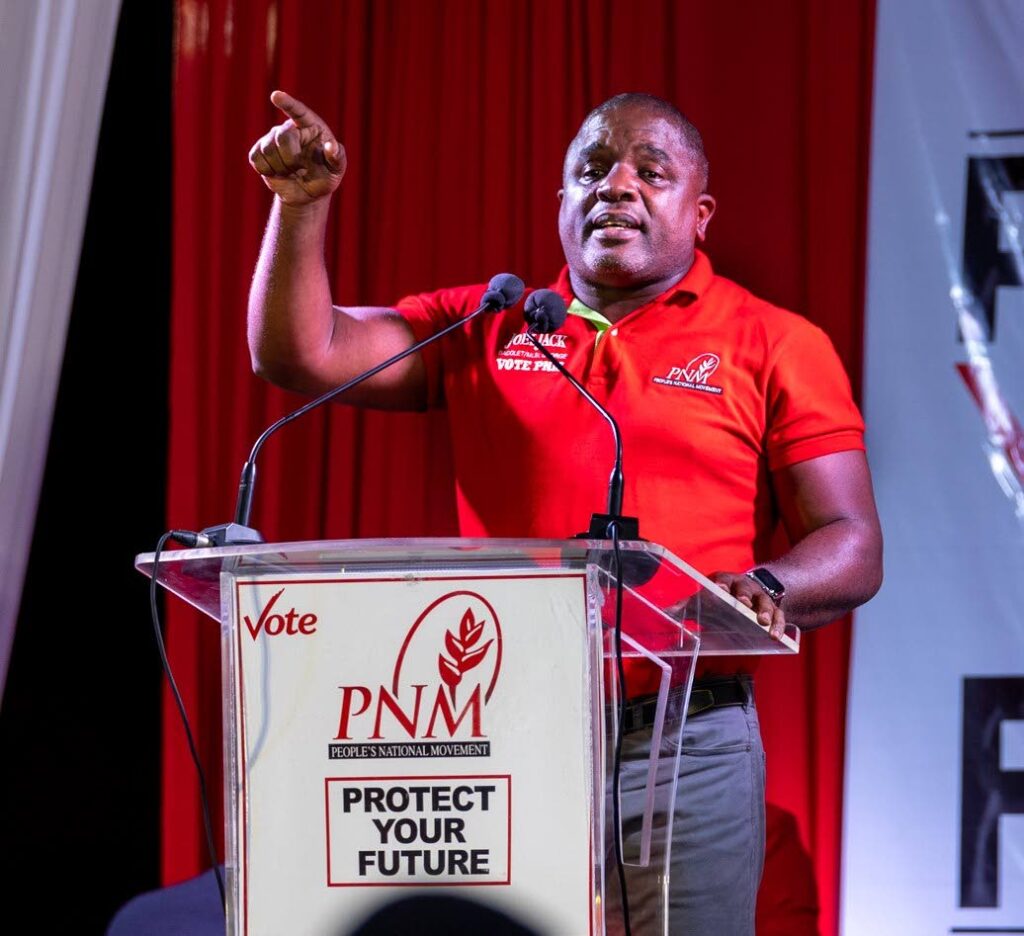 Finance Secretary Joel Jack believes the People’s National Movement (PNM) deserves an award for the development of Tobago in the last 20 years.

The PNM candidate for Bagatelle/ Bacolet made the statement as he addressed supporters on Sunday at the Black Rock hard court.

According to Jack: “The data is there, the information is loud and clear. We have to dispel the myth that we have done nothing. With the little money we have over the past years…to develop this little island, and we have done so much. This PNM administration in Tobago deserves an award.”

He said if Tobagonians objectively compare the island’s transformation from 2001 to now, the evidence is clear.

He claimed when the PNM started human capital development, only seven per cent of the population had tertiary degrees. He said that figure is not at 23 per cent.

“They won’t tell you about the millions of dollars that we have invested, over $75 million to expand the private sector and to give entrepreneurs a chance – they would not tell you that.”

He added: “We have a responsibility to toot our own trumpet and to go throughout the length and breadth of this island and to remind Tobagonians – listen, open your eyes, what they’re telling you are blatant untruths. I can’t say is lies, what they’re trying to do is mamaguy you.”

“What kind of state do you want to put the people of Tobago in?

“What kind of place do you want Tobago to become if we were to put those people in black or possibly green in office come December 6, 2021?”

She said unlike the Progressive Democratic Patriots, the PNM is offering a plan for all.

“A plan that is based on fact – that is what we’re saying. You cannot change from a situation where a party has a plan of action, a manifesto rolling our plans of action, talking about revolutionising the Tobago House of Assembly and development in Tobago, to a party that has no plan of action.

“What is their plan for the resuscitation of the tourism sector if they were to win? I have not heard anyone of them up to this point articulate what their plan of action is, more than to say Tracy stole their idea for Scarborough beautification.”