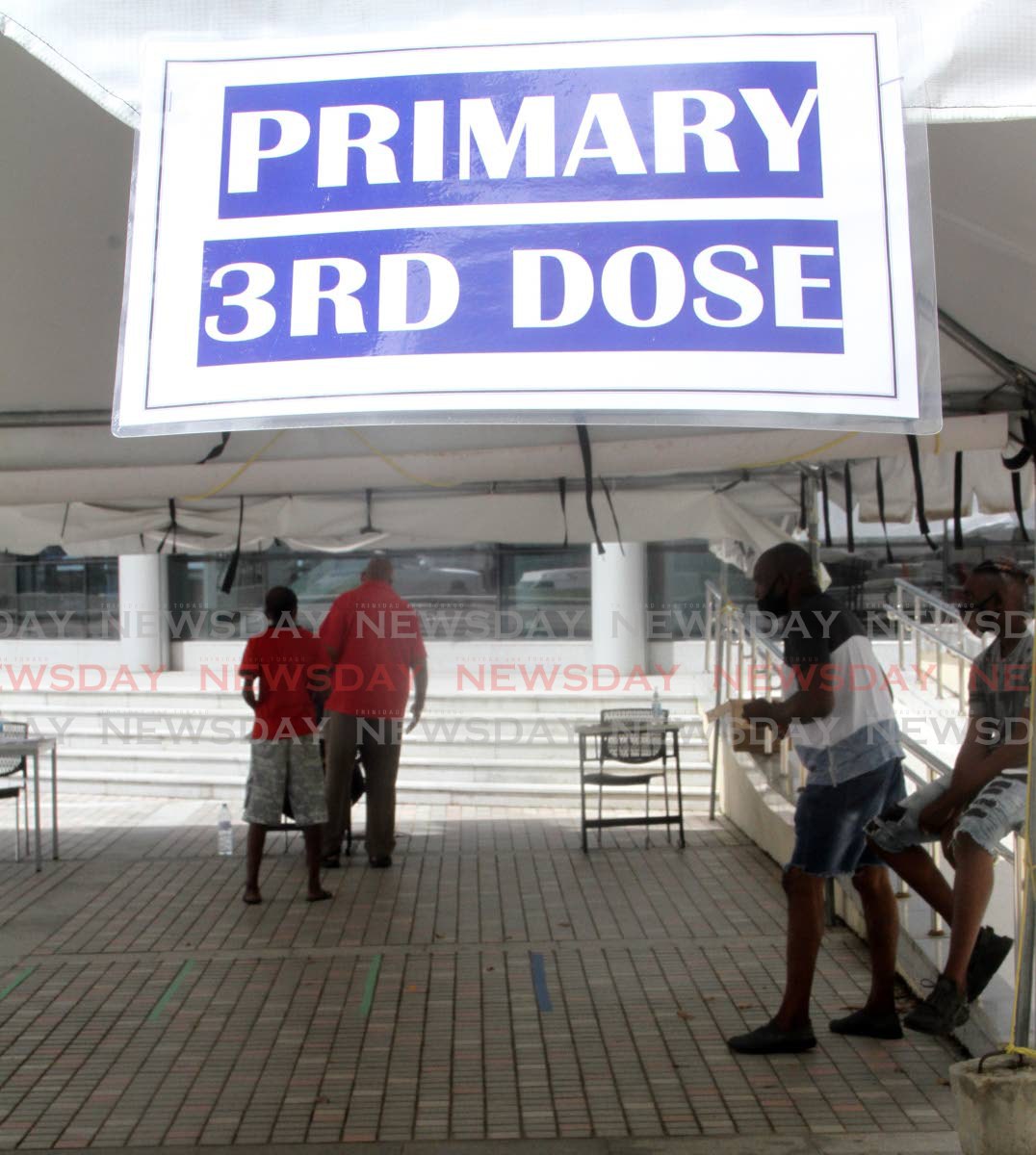 A group of workers at the National Maintenance Training and Security (MTS) Company Ltd have made it clear they are opposed to the government’s proposed rollout of a vaccination policy at state agencies.

They have also accused their employers of using coercive and discriminatory tactics against employees.

The workers, led by Transport and Industrial Workers Union (TIWU) shop steward Nicola Bishop, spoke with reporters outside MTS Plaza, Aranguez Main Road, Aranguez, on Friday, calling on the company to reconsider its position that workers are required to present proof of vaccination.

Bishop claimed workers were sent correspondence instructing them to submit vaccination cards with a deadline of December 31, and some supervisors suggested they might not be paid if they failed to comply.

She said in addition to poor industrial relations, such practices were unethical and not in line with the company’s internal policies.

“There are laws…to protect us. There is the Data Protection Act: that speaks against people having to bring forward their personal medical documents in order to be paid. There are acts that protect us against that.

“There are so many laws that were broken in this time, and I think it’s the company’s responsibility, in every action they take, they must understand they are not above the law.

“They have to go with what the law says, the framework of the law that supports this nation and the workers. They have to show respect to that.”

Asked what the union would do if no solution was found, Bishop said the workers preferred to meet with the company to decide a way forward before coming to a decision for now. She said a meeting between workers, TIWU officials and MTS management was carded for Monday.

Shortly after the workers left for a meeting with MTS management, Adrian Raymond, corporate communications manager for MTS,
spoke with reporters outside the plaza. He said the claims of non-payment of workers unwilling to present vaccination cards were simply not true.

“The company is working with the
government policy that has been set by the government in terms of the presentation of vaccine cards or the verification of vaccination status. (If there are) any supervisors who are saying otherwise, we encourage employees to bring that to the attention of management, because those supervisors do not have the authority to say that to employees, because that is not true.”

He said the company would continue to meet with and hear the concerns of the workers, but the MTS also had a responsibility as a state agency to follow the directives of the government.

A media release from MTS reported that MTS CEO Lennox Rattansingh met with the workers after their demonstration, and described the subsequent discussions as “frank.”