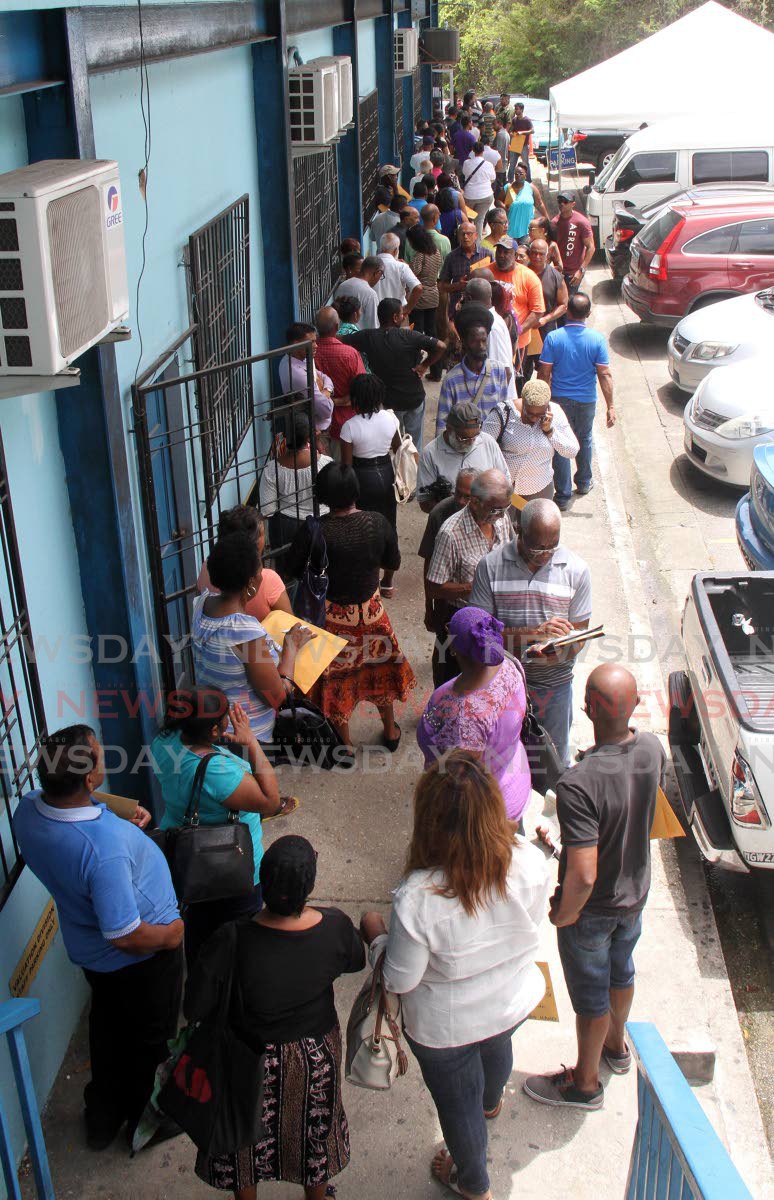 The Court of Appeal has ruled the Government’s attempt to implement the property tax in 2017 was illegal, as it imposed a fine for non-compliance, although the process was supposed to be voluntary.

In a unanimous decision on Friday, Justices of Appeal Peter Rajkumar, Charmaine Pemberton and Vasheist Kokaram reversed a decision of the High Court, which had dismissed a challenge by former minister Devant Maharaj.

Maharaj challenged the legality of the Commissioner of Valuations’ decision to “require all property owners to submit a valuation return form (VRF),” saying it was illegal and infringed his rights.

In her ruling, Justice Jacqueline Wilson said it was clear from the commissioner’s evidence that the submission of the form was voluntary.

But the Appeal Court said it was not voluntary, at least until the appellate court intervened in 2018 and ordered that this should be communicated to the public since previously there was a $500 fine for non-compliance.

“Action by the State in imposing obligations on citizens without the authority of law is incompatible with the rule of law,” the court said in its ruling.

“…Further, statutory powers are not exercised in a vacuum, especially powers that attract penal consequences.”

The judges also added, “There is no basis in a constitutional democracy subject to the rule of law for compelling compliance by citizens with a requirement without informing them of the legal basis for any such requirement.”

The court granted a declaration that before June 10, 2017, neither Maharaj nor any property owner was under a legal obligation to submit a VRF and “supporting documents” under the former data-collection exercise as requested.

It also ruled that the State cannot prosecute any property owner for failing and/or refusing to submit the VRF, and the requirement to submit personal and private data before June 10, 2017, was a breach of the right to private life.

The court said its decision did not extend to the current data-collection exercise. The deadline for submission under the new policy is January 31.

“Nothing herein is intended to be construed as affecting that exercise which is not before this court on this appeal,” Rajkumar said.

He said those who submitted forms previously could leave their data in the system for use now.

“In relation to the information already collected…some persons may be content to have their information remain with the commissioner even though they provided it on the basis that it was mandatory that they do so rather than go through the entire exercise at such future time if required,” Rajkumar said.

In her decision, Wilson threw out Maharaj’s contention that the deadline for the payment of taxes expired on April 1, 2010, when the Lands and Building Taxes Act was repealed by the Property Tax Act.

He also claimed when the act was further amended in 2015, it provided a waiver of payments.

Wilson disagreed, saying it would be “incongruous and absurd if the obligation to file a return under section 6(1) were construed as a one-off obligation that expired permanently on April 1, 2010, where the return is for the purpose of assessing taxes that are due and payable annually, save and except where a waiver is in effect.”

“The obligation under section 6(1) of the landowner to make a return cannot now be enforced by criminal prosecution pursuant to sections 6(2) to (4) of the (Property Tax) Act.”

Kokaram said for those property owners who failed to submit a return by April 1, 2010, there was not a continuing obligation to do so.

“There is of course no bar to any owner voluntarily submitting a VRF after that period. However, it is not a duty nor obligation which can now be the subject of compulsion or mandate by the commissioner beyond that period.”

On the issue of privacy, Kokaram also said there can be no “legitimate greater good” for asking for documents, such as survey plans, sketches, building plans, rental agreements and utility bills, among other documentation.

“In this public situation, the private interest to be left alone does not give way to the government interest in intrusion into the individual’s privacy as it is not a legitimate advancement of the public interest. The intrusion ever so slightly still amounts to a constitutional breach,” he added.

Kokaram said to achieve a policy that encouraged voluntarism and collaboration, clarity and consistency in the State’s messages to the public were critical.

“It will remove the spectre of arbitrariness. More importantly, it will create an invaluable platform of trust between the individual and the State which is itself a vital component in the rule of law.”

On the issue, Rajkumar said a government agency could not request such information unless it was provided voluntarily or there was a statutory or legal basis for requesting it.

“It was not communicated that its provision was entirely voluntary as could so easily have been done.”

He said it was misleading and unlawful to suggest there would be a penalty for not supplying the information.

“A government department seeking personal information from a citizen in a manner which conveys the impression that the information is to be supplied on a mandatory basis, failing which there exists the possibility of sanctions, criminal in nature, is a matter that is far more serious than a simple request for telephone numbers and e-mail addresses would at first sight suggest.

“Personal data is a valuable commodity. It is not information that a reasonable person would advertise or provide without reason. Its dissemination in an unauthorised way can expose a property owner to communications and contact by unauthorised persons,” he added.

He said the linking of information with a property owner’s address provides a mechanism for all manner of intrusions into private life.

Contacted for comment, Maharaj said when he challenged the Government’s decision to introduce the property tax five years ago, he did so because the public “was being deceived” into giving personal information and threatened with criminal prosecution.

“At that time I personally witnessed long lines of the elderly and infirm standing in the hot sun clutching their property deed, utility bills and other personal documents under their arm in the sweltering heat because they feared that their property could be confiscated by the State if they failed to comply with the demand for information.”

He said fortunately the court issued an injunction stopping the process temporarily, and the Appeal Court mandated the Commissioner of Valuation to clarify in advertisements the process was voluntary.

Maharaj said the judge who heard his complaint and dismissed it questioned his motives for pursuing the legal action and found it was academic.

But Maharaj said he now felt vindicated by the Appeal Court’s decision on Friday, which overturned a judge’s dismissal of his legal challenge in 2017.

Maharaj had challenged the legality of the Commissioner of Valuations’ decision to “require all property owners to submit a valuation return form (VRF),” saying it was illegal and infringed his rights.

He said he brought the case in the public’s interest because he felt people were being treated unfairly and were being intimidated.

“But for this claim, the Government would have been able to ride ruction (sic) over the rights of citizens and wilfully violate the Constitution with impunity. More importantly, they would have been liable to pay the property tax over the last five years,” he said.

“This judgment is a victory for all property owners and the public at large.”