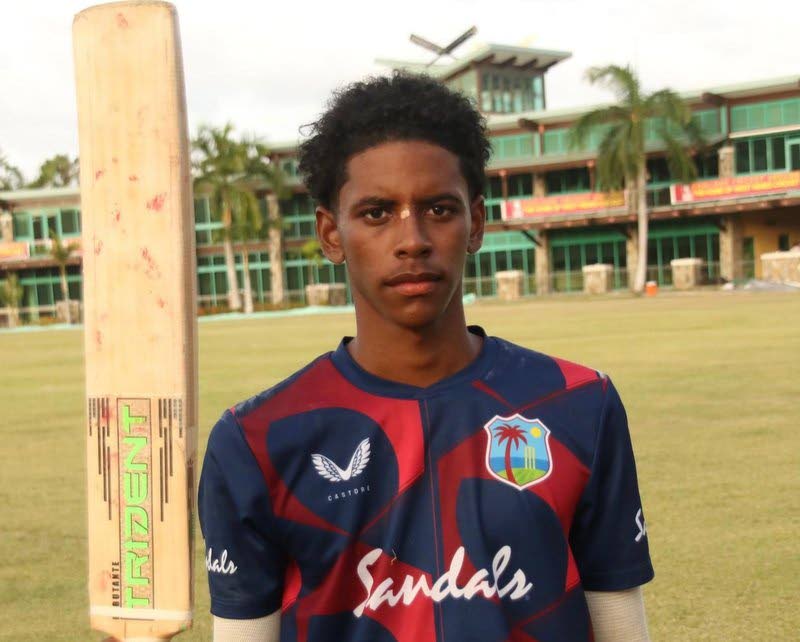 WEST Indies lost their opening match of the 2022 International Cricket Council Under-19 World Cup by six wickets to Australia in Group D at Guyana National Stadium in Providence, on Friday.

Chasing 170 for victory, opener Teague Wyllie anchored the Australia innings with 86 not out to guide the Aussies to 170/4 in 44.5 overs.

Australia were two wickets down in the eighth over with less than 25 runs on the board, but Wyllie and the middle order steadied the innings.

Nivethan Radhakrishnan pitched in with 31 off 58 deliveries.

Batting first, West Indies lost wickets in bunches and could only score a modest 169 all out in 40.1 overs.

West Indies were reduced to 12/3 in the sixth over, before a partnership between captain Ackeem Auguste and Rivaldo Clarke rescued the innings.

The pair put West Indies in a fairly comfortable position on 107/3 in the 22nd over.

Auguste scored 57 off 67 balls with eight fours and wicketkeeper Clarke struck four fours in his innings of 37 off 42 balls.

McKenny Clarke (29) played confidently in the latter stages of the innings.

Australia captain Cooper Connolly grabbed 3/17 in seven overs to lead from the front.

Tom Whitney snatched 3/20 and Radhakrishnan picked up 3/48 for the Aussies.

West Indies will try to rebound against Scotland in St Kitts, on Monday, from 9 am.