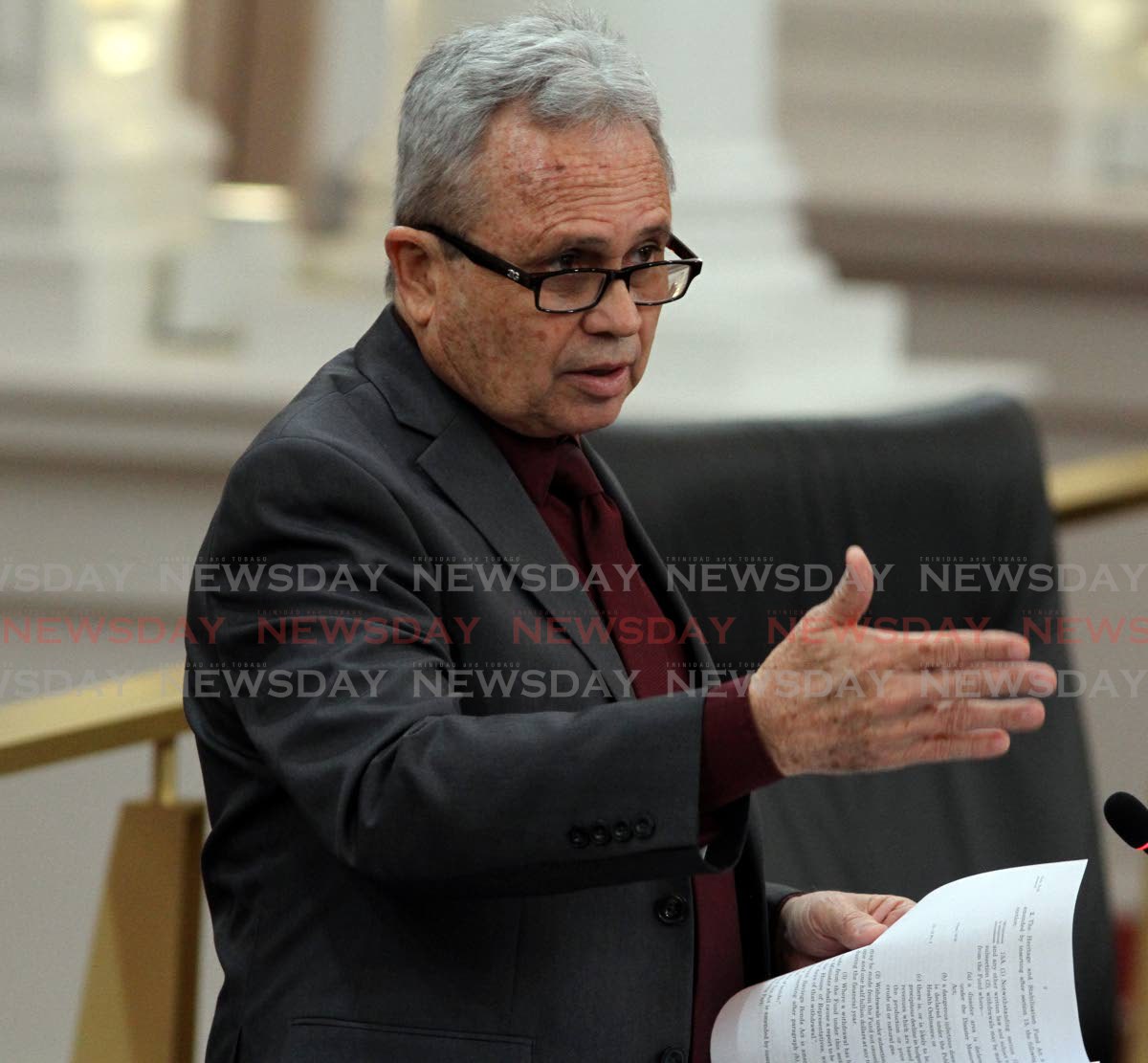 ANY bidder for a public contract who is dissatisfied with the outcome of the bid will be able to challenge it in court under new procurement rules, Finance Minister Colm Imbert told the House of Representatives on Friday. He moved to approve regulations which give effect to the Public Procurement and Disposal of Public Property Act 2015, and said further regulations (already drafted) were pending which do not need the House’s nod (known as an affirmative resolution.) Imbert said he expected the act, now partially proclaimed, will be fully proclaimed very soon.

He said the regulations had been laid last July and then again last December, each time to garner public comments, on what he said was “a very complex matter.”

Imbert said a plethora of court decisions both in TT and abroad had ruled that hitherto insufficient public law elements exist to allow a court to get involved in contract awards.

This had been the ruling in the case of NH v Udecott and Spancrete v Udecott, he said.

The only current exceptions were in cases of alleged corruption or a breach of statutory duty.

Imbert then said that under the new procurement regulations, for the first time ever, the award of state contracts will include public law elements into which courts will be able to intervene.

He said the regulations have “set the stage for the full proclamation of the act.”

Disputed matters will be decided firstly by the Office of Procurement Regulation (OPR), secondly by a review board and then thirdly if still required by the law courts.

He remarked that while the evaluation of any bid was supposed to be done on both price and non-price factors, there was a general concern that state bodies often focus only on the lowest price, but ignore quality issues such as the use of inferior materials. He urged the item’s life cycle be considered, not the bid price.

Imbert promised “a paradigm shift” after the proclamation of the act and the passage of the current regulations and more regulations pending.

“At this time the commercial decisions of state enterprises are not subject to judicial review in TT unless a prima facie case of fraud, corruption or bad faith can be established.

“What this (new regulations) is going to do now is it is going to allow someone who feels that the persons who evaluated his bid did not give him a correct number of points or did not take into account all the features of his bid or his particular circumstances….This will now allow the OPR to get involved and sit in the shoes of the evaluators of the tender committees in state enterprises.”

He said the change was “a very serious move” that the country had asked for and had taken a very long time.

“It will lead to greater transparency, there’s no two ways about that, and we shall see how it affects the pace of development in the country. We shall see whether it is indeed the panacea it is held out to be.” He thanked his ministry officials, expert consultants, construction industry voices and other stakeholders.

He said TT was now “well on the way in the very near future to full proclamation and implementation of the Public Procurement and Disposal of Public Property Act.”