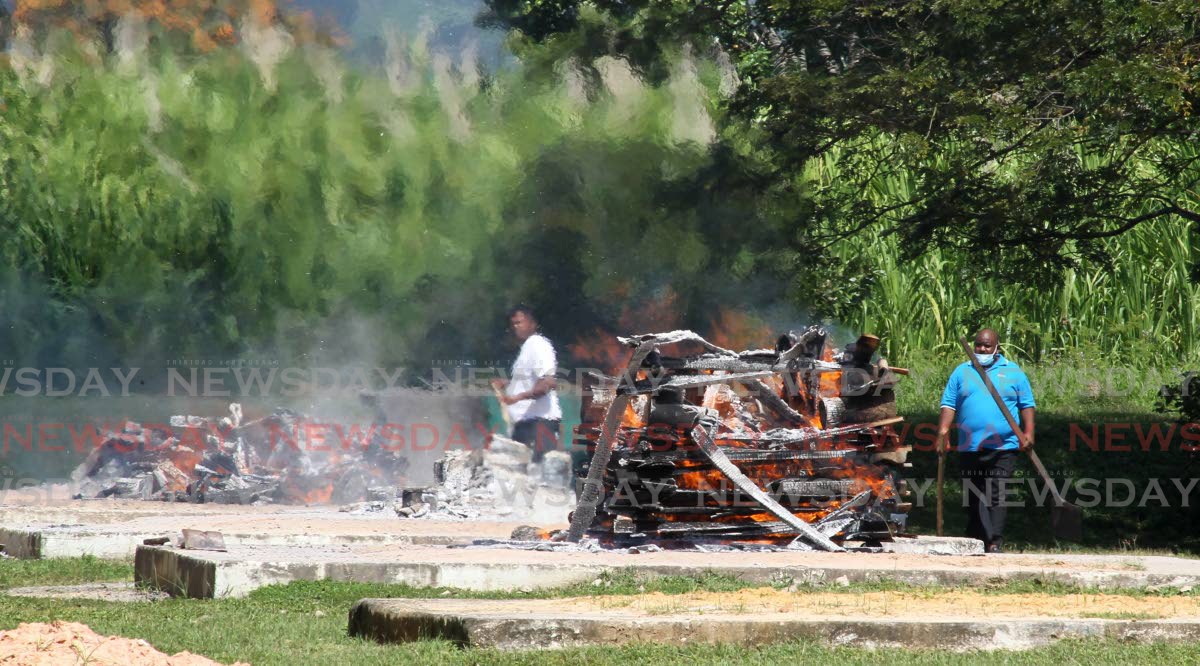 WHILE Government has lifted the contentious ban on open-air pyre cremation for covid19 victims, a date for resumption of this traditional Hindu practice has not yet been announced.

Maha Sabha head, Vijay Maharaj said he expects the Prime Minister to announce a date for resumption when he addresses a media conference on Saturday.

Both Maharaj and the Maha Sabha’s legal advisor Dinesh Rambally speculated that there could be a resumption as early as Monday.

Rambally said Attorney General Faris Al-Rawi was best poised to answer the question but the AG did not reply when it was posed to him.

Maharaj on the other hand said the wait should be over on Saturday.

“I think we just have to wait, hold strain and hope for the best until the PM speaks on Saturday.

“The Maha Sabha has done everything it supposed to do. We have forwarded our suggestions to the AG and the Ministry of Health. They would look at it and they would make a decision on whether it is acceptable or not.

“The PM would make his pronouncement, if he is to make it for Monday or if they want to go further and do a little fine tuning.

“He (Dr Rowley) would have to say what the conditions are for reopening and identify the protocols under which we will operate.”

Once permission is granted, Maharaj said his group would adhere to all health protocols under the Public Health Act.

Maharaj said the Maha Sabha only pursued legal action to get a resolution when Government failed to have a conversation with them but that was not their first option.

Now that there is a resolution, he said, the court matter would be withdrawn.

“We are very selective and careful when we decide to pursue court matters. We prefer resolution, to let human beings talk and get a conversation going where we have common grounds.

“The Maha Sabha has never entered into a court matter with the thought of losing it,” he said giving a chronological order of matters they pursued and won.

Maharaj said he would not be drawn into a rationale for Government’s change of heart when all along it was advancing it was following the science to ban outdoor cremation when indoor cremation was being allowed.

“The reason they called us for a resolution, when we were calling for a resolution since last August, is left to the imagination as to whether there is scientific proof or not.

“As an individual I know to myself there is none, you would have to draw your own conclusion.”