Ontario Premier Doug Ford is set to meet Sunday with leaders of rural, remote and northern communities to discuss their housing challenges as issues of rapid price growth and lack of supply are felt far beyond urban borders.

The talks come after the premier and Municipal Affairs and Housing Minister Steve Clark hosted a virtual housing summit recently with big-city mayors. Clark said Sunday’s meeting is an “opportunity to collaborate and co-ordinate” with smaller, rural, northern and remote municipalities on how the government can address the housing supply crisis.

“This can include discussing ways to build the right mix of housing in the right places, share best practices, and discuss these municipalities’ unique experiences with the housing supply crisis,” he said in a written statement.

Those who work in housing in the areas outside Ontario’s large centres said that while there are common issues across the province, governments seeking solutions need to remember the unique needs and challenges of smaller regions.

Mitchell Twolan, the mayor of Huron-Kinloss in Bruce County, who has also been a Realtor for 27 years, said the past two years are the busiest he’s ever experienced.

“A lot of the folks that are coming in are from the cities, and they’re coming here for quality of life, and we are still considered quite affordable even though the prices of homes have shot up,” he said.

Home prices have risen by 31 per cent in Grey Bruce-Owen Sound from December 2020 to December 2021, according to Canadian Real Estate Association figures. That’s the same percentage as Toronto.

In many regions, it’s even higher. Kawartha Lakes, Cambridge and Brantford all saw about 40 per cent growth, while North Bay saw 42 and the Bancroft area topped the list with a whopping 48 per cent growth in prices year over year.

Twolan said he was involved with a property that saw 27 bids. Huron-Kinloss saw the most residential homes in its history built in the past year – even during a pandemic – and the new supply is still not meeting the demand, he said. 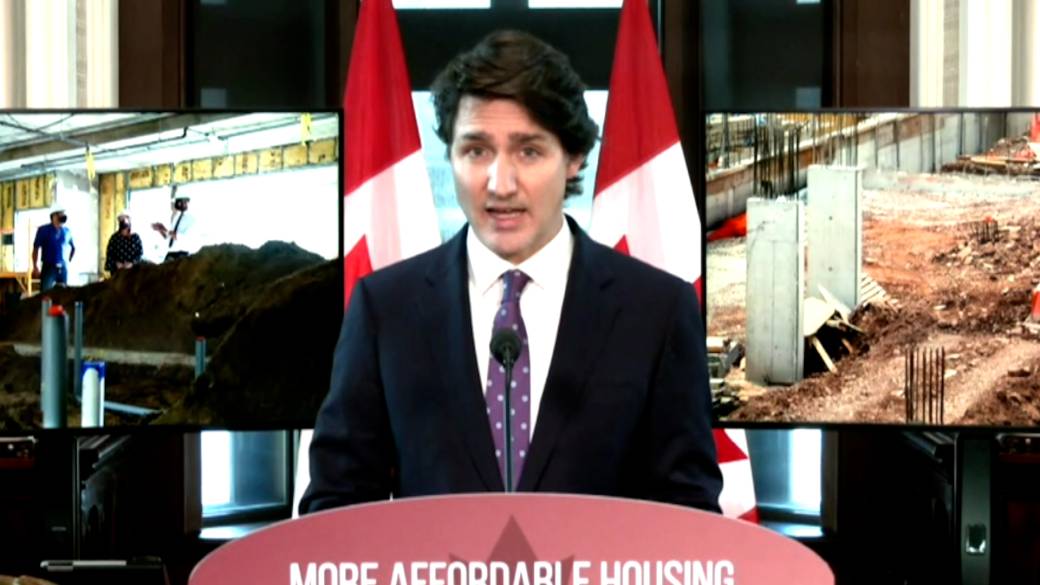 1:35Canada on track to create more than 10,000 affordable housing units

Canada on track to create more than 10,000 affordable housing units

“It really is that what happened in the city previously is starting to happen in rural Ontario,” he said.

Rebecca Carman, the housing services manager for Northumberland County, said their average retail price rose by 30 per cent in a year to more than $825,000, which is unaffordable for most people in the region.

“The challenges have always been there, but they’ve definitely had a light shone on them during the COVID-19 pandemic,” she said.

“What has happened over time is housing affordability and availability, it’s been long viewed as that urban issue with affordability often seen to be more achievable in rural communities, and it’s just no longer the case.”

Because housing had been more affordable in rural communities, there was less demand for rental units, so very few such homes were built, Carman said. And as house prices rise, homeowners are selling their houses instead of renting them out, she said, leaving the community also dealing with a very low rental vacancy rate.

Among the provincial measures Carman suggests are giving developers a financial incentive to build a mix of housing, increasing the supply of rental housing, and improving the process for directing surplus Crown lands to municipalities for affordable housing.

Robin Jones, mayor of the village of Westport in eastern Ontario and chair of the Rural Ontario Municipal Association, said two areas the province could address are land-use planning rules about where rural settlements can be built, and landlord and tenant rules.

“Our issue is, of course, like everybody else, affordable housing. But let’s be clear, the lack of affordable rental housing in rural Ontario is just as dire,” Jones said.

In many small towns, villages and hamlets, wealthy individuals or developers buy buildings and convert old homes with three or four apartments back into single-family residences, she said.

Henry Wall, the chief administrative officer of the Kenora District Services Board, said one way the province could help speed up housing development is to constrain the ability to appeal housing developments or at least streamline the process.

Municipal councils will often approve a zoning amendment for new housing to be built only for them to be challenged and mired in a lengthy appeals process, he said.

“We’re losing development because of appeals being filed, because of NIMBYism (not in my backyard), and it has another very serious implication in especially in northern Ontario, where very often race plays into it,” Wall said.

Wall also noted that it costs more in the north to build homes, and with a shorter building season, it takes more co-ordination to get supplies.

The Association of Municipalities of Ontario said in a letter to Clark that the two housing meetings are a good start, but addressing the housing crisis will take joint action.

Some of its suggestions include applying inclusionary zoning policies to more communities in order to get more affordable housing built, rent-to-own programs, and a public education campaign to combat NIMBYism and promote a diverse mix of housing.