Public Safety Minister Marco Mendicino is calling on Twitter to remove a tweet from an Ontario politician who labelled federal Transport Minister Omar Alghabra a “terrorist.”

Mendicino said Tuesday the tweet from Independent MPP Randy Hillier is “Islamophobic” and amounts to “hate speech” that should have no place on Twitter.

Mendicino was responding to a Hillier tweet earlier in the day supporting truckers opposed to mandatory vaccination against COVID-19 in order to cross the Canada-U.S. border.

Hillier referred to Alghabra, who is Muslim, as a terrorist who has condemned Canadians to starvation in the name of public safety.

In a separate statement, Hillier calls on the RCMP to open a criminal investigation into Prime Minister Justin Trudeau, whom he accuses of engaging in an “act of domestic terrorism” by depriving Canadians of food and other basic necessities in the middle of winter. 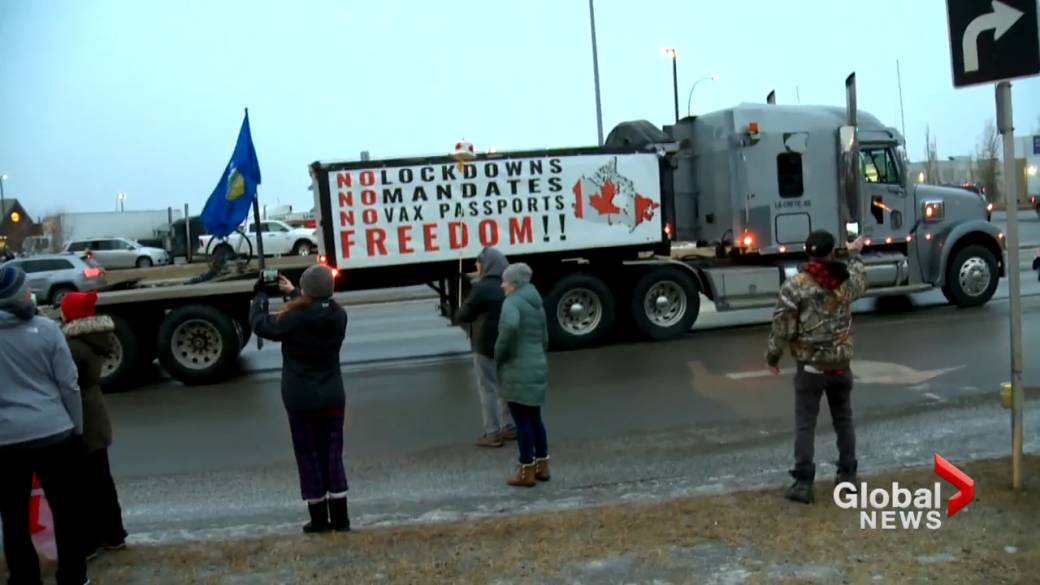 A convoy of truckers and other vaccine opponents is on its way to Ottawa for a rally against vaccine mandates, which Hillier says he intends to attend.

“It’s hate speech, full stop. There’s no justification for it on this platform, or anywhere else. Over to you again, @Twitter.”

This is a flagrantly abusive, offensive and Islamophobic tweet. It’s hate speech, full stop. There’s no justification for it on this platform, or anywhere else. Over to you again, ⁦@Twitter⁩ ⁦@TwitterSafety⁩ ⁦@TwitterCanada⁩ pic.twitter.com/b1px9ebHXw

For his part, Alghabra said in an interview that he’s “saddened” by Hillier’s tweet, noting it’s not the first time he has faced such “slurs” from other politicians.

“It is very sad to see an elected Canadian politician use, resort to such rhetoric that is full of anger, hate,” he said.

Alghabra said discussion about pandemic-induced supply chain disruptions and the role of truckers in delivering goods is “a serious issue and deserves rational and meaningful exchange of ideas and debate and suggestions and even criticism.” But he said Canadians deserve to have those issues debated responsibly.

Last month, Mendicino called on Twitter to act on a tweet from another vaccination opponent that the minister said was aimed at intimidating and threatening Canadian Medical Association president Dr. Katharine Smart for championing inoculations.

Twitter refused to delete that tweet, which warned Smart that a group of people who “can’t stand” her had been watching her and her family and asked: “Are you scared that you are next?”

Mendicino argued the tweet was meant to intimidate all health care workers. Smart referred the matter to the police.