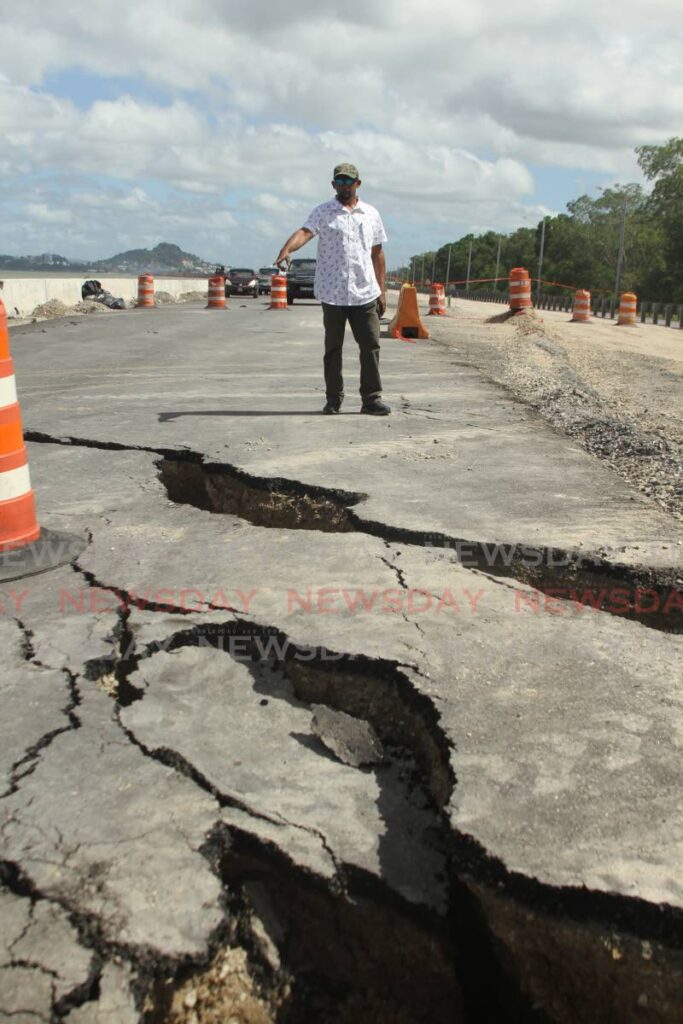 A group of protesters has called on the government to treat the collapse of the South Trunk Road at Mosquito Creek in La Romaine as an urgent matter.

They also called on Minister of Works and Transport Rohan Sinanan to say what caused that part of the road to collapse on January 2.

Moments after they gathered opposite the Red House on Friday afternoon, police arrived and asked them to put away their placards.

Since they did not have permission to protest, they were asked to leave.

Mohammed told Newsday, “I think south people have been taken for granted too long by this government, and we want something done and an explanation as to what happened on that creek and what it is going to cost the taxpayers on restoring the road to its original state.

“We are of the view that work was compromised because of a cost-cutting exercise by the government when they awarded that contract to a local contractor. They hounded the original foreign contractor out of the country, indicating there was corruption, but the corruption lies here today, where Mosquito Creek has collapsed.

“One must ask, why has this happened? Is it the cost-cutting exercise, poor workmanship or materials? And the minister needs to come and let us know what happened.”

During the sitting of the Lower House Sinanan said the damage did not pose any immediate threat to traffic.

The road along Mosquito Creek is approximately 2.4 kilometres long and is part of the Solomon Hochoy Highway Extension project from Golconda to Point Fortin.

The National Infrastructure Development Company (Nidco) is investigating the cause of the collapse.