A police investigation has been launched into a B.C. website offering allegedly false COVID-19 vaccine and mask exemptions for a fee, after it was highlighted in a Global News investigation.

A spokesperson for the Chilliwack RCMP confirmed it is now investigating Enable Air, which works with unnamed “licensed physicians” to grant vaccination and mask exemptions for an undisclosed fee.

It comes a week after a Global News investigation detailed the vaccine exemption service, which has been linked to B.C. physicians Gwyllyn Goddard and Stephen Malthouse.

Goddard is based in Cultus Lake, an area under the jurisdiction of the Chilliwack RCMP.

Goddard’s phone number, listed on his website, can be matched to the mobile number listed in the HTML code under the “Message us on WhatsApp” widget on Enable Air’s website.

Goddard did not answer calls from Global News on Thursday.

But when contacted last week, Goddard said he had “no idea” what Enable Air is. When asked why his number was listed on its website, he said his phone number “is part of an email group that I sold into a company like 10 years ago and they’re all managed by one company, so I get a free cellphone basically.”

Goddard then said he had to go and hung up.

Half an hour later, Enable Air’s website was taken down.

An RCMP spokesperson said police “are in the evidence gathering stages of an investigation.” They refused to comment further.

A medical exemption for the service, obtained by Global News from a source, was signed by Malthouse. The exemption states that the patient should be exempt from wearing a mask and receiving a vaccine, citing a wide-ranging list of medical reasons the exemption “might include,” from claustrophobia to migraines.

When contacted about the news on Thursday, Malthouse said “I have no comment for Global News” and then hung up.

Goddard’s College of Physicians and Surgeons of BC (CPSBC) listing shows he resigned in 2016. Malthouse’s CPSBC page shows he is still practising.

It comes as pressure mounts on the CPSBC to properly investigate doctors sharing unverified medical information on COVID-19 vaccines.

Malthouse is also part of a contingent of medical professionals touring the country to persuade the general public that vaccines are harmful, called “Doctors on Tour.”

After a brief hiatus, Doctors on Tour events resumed this week in towns throughout B.C.

Spearheading the events are Malthouse and Lytton doctor Charles Hoffe.

In a previous video from these events, Malthouse asked the assembled crowd to act as “emissaries” and to “pass the word” on a stream of claims he made about the vaccine, including that they “could kill children.”

In that same video, Hoffe speaks about his research using d-dimer tests (a blood test that checks for clots), claiming that “more than half” of participants tested positive for blood clots after receiving a COVID-19 vaccine — a direct contradiction to the rate of between one in 83,000 and one in 55,000 patients cited by the National Advisory Committee on Immunization (NACI).

He concluded by stating the vaccines are “lethal,” describes them as “clot shots” and “death shots,” and falsely claims that “more people have died from these shots than from all vaccines in history combined.”

According to federal data, 269 deaths have occurred following the administration of 72.9 million vaccine doses and most cannot be definitively linked to the vaccine. This pales in comparison to the number of COVID-19-related deaths in Canada, which now stands at 33,192.

The RMCP says it has received no complaints about the Doctors on Tour events and is not investigating.

Doctors ‘beyond frustrated’ with CPSBC

Alastair McAlpine, a pediatric infectious diseases doctor at BC Children’s Hospital in Vancouver, says he and 12 other physicians filed a group complaint about Hoffe’s conduct in December 2021.

The complaint centred around Hoffe’s “inappropriate” use of d-dimer tests, his unverified claims around the vaccines and included a warning that Hoffe was intending to appear at a B.C. rally where effigies of politicians and health officials were hanged by the neck. McAlpine says the complaint was 10 pages long.

He said is aware of other doctors filing similar complaints. The doctors are “at our wits’ end” with CPSBC inaction, McAlpine says.

“We are beyond frustrated at the inability of the CPSBC to take even basic steps to protect the public during the pandemic.”

The CPSBC has refused to go into detail about Hoffe’s case but confirms that he has not yet had a hearing, despite Hoffe telling Global News that his first CPSBC complaint occurred in March 2020 and in the months since he “keeps getting new complaints” sent to him by the college about his conduct.

Authorities at odds over who should act

The CPSBC and the B.C. Ministry of Health are at odds with where the responsibility lies with properly investigating these doctors.

A ministry spokesperson said in response to questions from Global News that it is “aware of some medical practitioners who have been making false and misleading statements about COVID-19 and vaccinations.”

The incidents had been referred to the CPSBC, which is “the authority under provincial legislation to govern the practice of their registrants in the public interest,” the spokesperson said.

But the CPSBC argues its hands are tied. A spokesperson said it “made recommendations to the tri-party steering committee,” including amendments to the Health Professions Act, but “only the government can update legislation.” 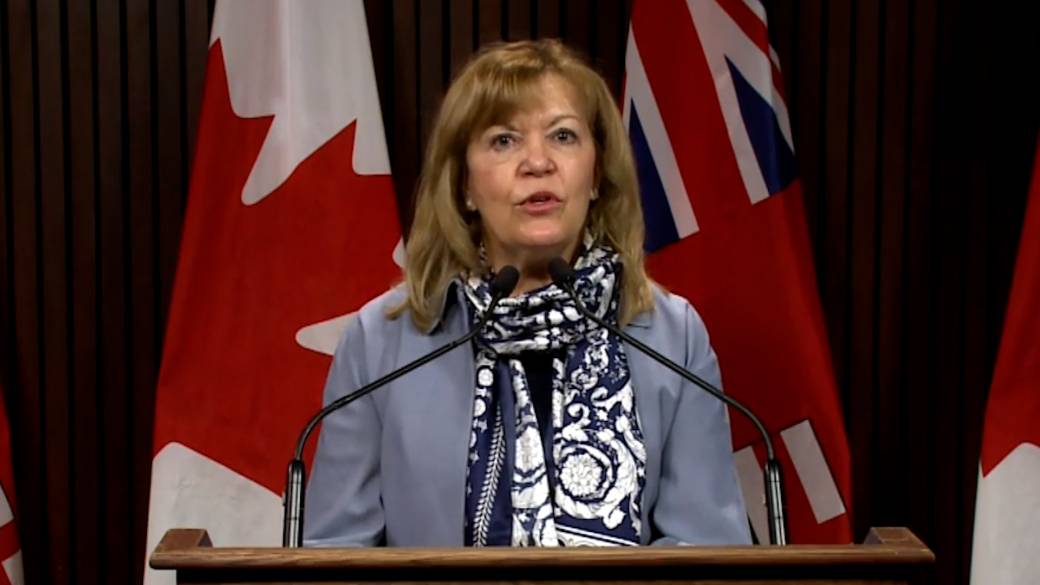 The Ministry of Health said it was still working towards implementing the recommendations of an all-party steering committee report on how to overhaul the way B.C.’s health-care workers are regulated. That report was released in August 2020.

Under BC’s Health Protection Act, the CPSBC has the power to suspend a physician’s licence, or impose limits or conditions on it, before a hearing, if it is necessary to “protect the public.” None of the B.C. doctors Global News highlighted for sharing unverified medical information or allegedly issuing false vaccine exemptions have restrictions or suspensions placed on their licences.

A CPSBC spokesperson said this action could only be taken as an “extraordinary remedy” that must be used “sparingly” because it “interferes with a registrant’s ability to practice before any misconduct has been proven.”

This issue is not constrained to B.C. The College of Physicians and Surgeons of Ontario (CPSO) and Ontario Ministry of Health continue to spar about how to deal with physicians operating in a medical grey area.

Toronto lawyer Rocco Galati has been connected to the website.

In an archived page from July 2021, the website states 50 per cent of the “post administrative fees” for the Enable Air medical exemptions go to Galati, who is also the executive director of the Toronto-based Constitutional Rights Centre.

Galati is also representing Ontario doctor Rochagne Kilian, who has been connected to the service. 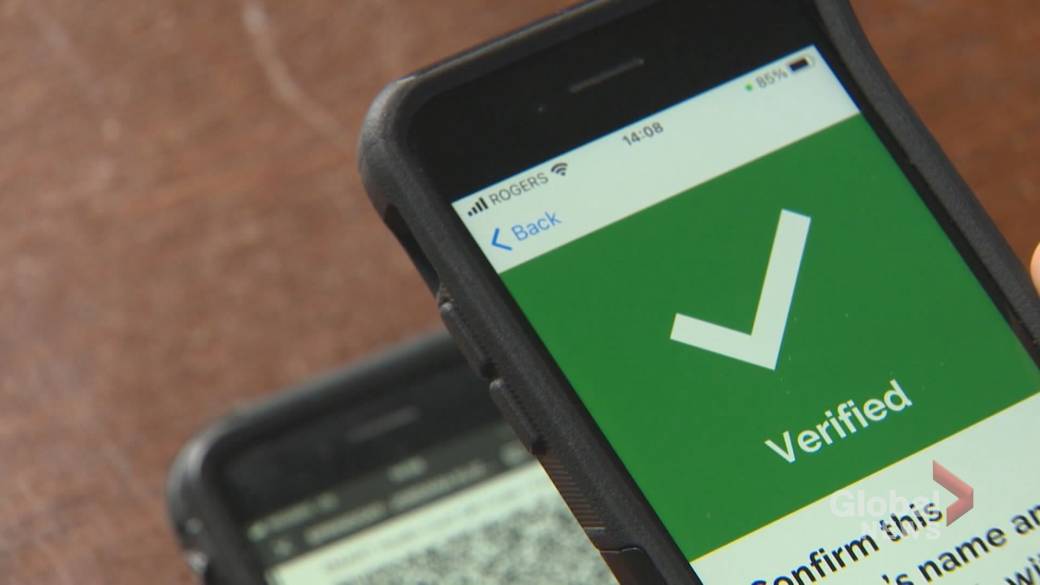 Kilian is awaiting a hearing with the Ontario Superior Court over an accusation by the CPSO that she has refused to comply with their investigation into Kilian’s issuing of false medical exemptions through Enable Air.

As a result, the Owen Sound family doctor had her certificate of registration suspended late last year.

Galati has been hospitalized since Jan. 2 for a “private medical matter,” according to the organization’s website. As such, Kilian’s hearing was postponed until February.

Kilian’s husband, Abrie Kilian, speaking on her behalf, declined to comment on the hearing.

Questions to Galati’s office and associates were not answered.