More snow expected for southern Ontario to start off February

More snow expected for southern Ontario to start off February

More snow is on the way for southern Ontario to start off February, just two weeks after a massive snowstorm hit the region.

Global News Chief Meteorologist Anthony Farnell said although this week is starting off with a warm-up that will melt some of the 35 to 55 cm of snow that was dumped across the area, another snowfall is expected to move through mid-week.

The Jan. 17 snowstorm forced Environment Canada to declare blizzard warnings, remote learning for students was extended, drivers were stuck on major Toronto-area highways as plows could not keep up with the quick rate of snowfall and the cleanup took days.

For this week, Farnell said the current milder temperatures will “not last as an Arctic front slowly presses across southern Ontario starting Wednesday.”

“Rain, wet snow or even freezing rain will develop along the front early in the day as a wave of low pressure lifts up from Texas,” Farnell said.

He said temperatures will drop below freezing on Wednesday afternoon and the snow with start to accumulate, causing difficult driving conditions that will last into Thursday.

“A second wave of low pressure is forecast to form in Texas and also ride north along the front Thursday into Friday. There is still lots of uncertainty with this second system but more snow is possible later this week,” he said.

At least 10 cm to 20 cm of snow is expected right across the GTA with snowfall amounts topping 30 cm in southwest Ontario and into the Niagara Region, Farnell said.

Winds of 30 km/h to 50 km/h is also expected to cause blowing and drifting snow, he added.

Farnell also said although there is still lots of uncertainty with this snowstorm, the expected long-duration storm could last more than 48 hours.

But he said the snowfall rates will be much slower than the big storm two weeks ago but the duration will be longer.

“There is still significant uncertainty, especially with the second system later Thursday into Friday morning but this is a long duration event which is different than the last storm,” he said.

Ending off the week, Farnell said very cold air is expected on the backside of the storm making for a frigid Friday and Saturday. 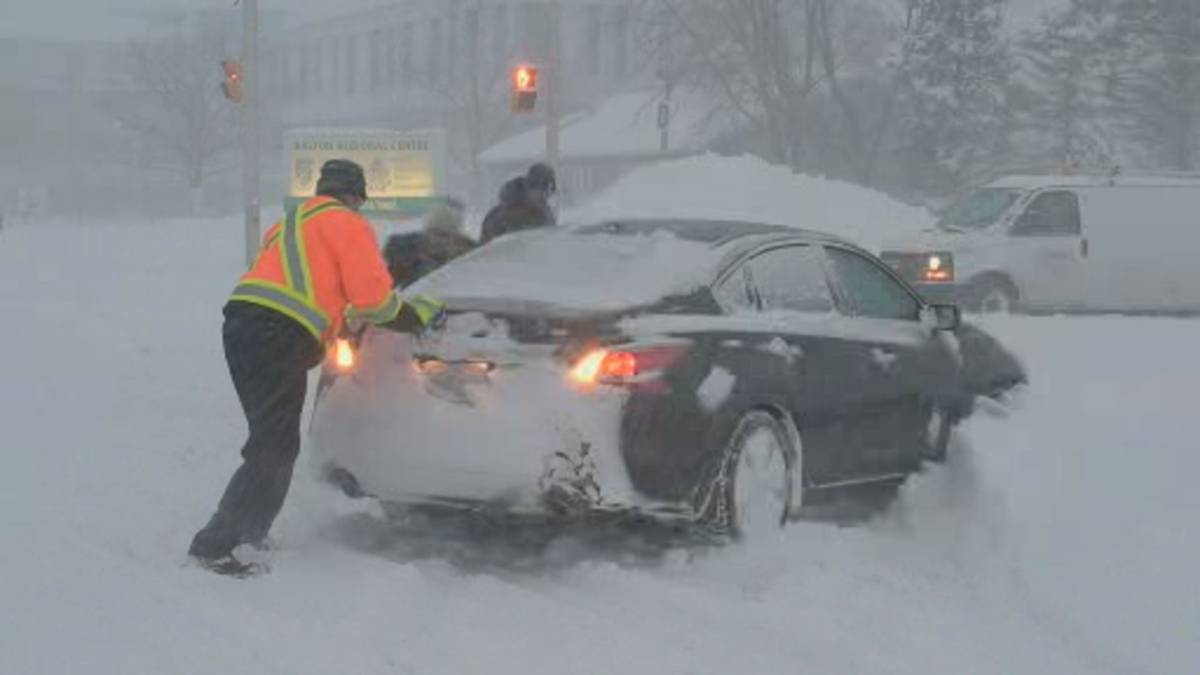