In just two weeks’ time, Ann Shaji will have completed her final requirement in order to receive her licence to practice nursing in Ontario.

It’s the culmination of years of paperwork, courses, language proficiency testing and hundreds of hours of actual practical work for the internationally-educated nurse (IEN).

The journey is also one that the next cohort of IENs will have an easier time with, thanks to recent changes to the licensing process introduced amid the COVID-19 pandemic.

Shaji’s last step is to complete 400 hours of practical work, which she has been doing at London Health Sciences Centre in cardiac care at University Hospital.

“I was really nervous because all I have is like my practicum experience from my nursing program back home. But it was such a nice transition, I would say, because everybody was so welcoming,” she told Global News on Wednesday.

“I feel so lucky to actually start in a hospital setting because that’s where you see a variety of things and you see a lot to learn.”

The 29-year-old graduated in New Delhi, India in 2015 and moved to Canada the same year on a student permit, taking courses in clinical care nursing and recreation therapy at Confederation College in Thunder Bay.

She first focused on obtaining her permanent residency, which she did in 2020, but she technically began filing some of the paperwork for her nursing licensing process as early as 2017.

The final step has been to accrue practical experience, which she has through LHSC’s recent involvement with CARE Centre for Internationally Educated Nurses. Shaji heard about the program through friends and then found information about it on the College of Nurses of Ontario’s website only a few months back.

It’s actually the first time that LHSC has been part of the process for internationally-educated nurses to receive their licence, though the hospital network has hired many over the years after they’ve been licensed.

Sarah Smith, manager of clinical educators and nurse interns, said Shaji is among a group of 13 that started on Dec. 6. The interns are hired on contract and partnered with a “buddy” to provide direction and supervise their practice.

“I’m just so excited to work with this group because they’re just itching to work. They’re enthusiastic about the profession, they want to jump in and help, they’re excited to learn,” said Smith.

“They’ve been sitting idle, many of them, through the pandemic, waiting for regulatory support and to check off all these credentials and just get working. Their enthusiasm, their passion for helping people has been evident.”

‘Imprisoned’: Some internationally-educated nurses ready to work in Ontario, but can’t

IENs make up a growing portion of Ontario’s nursing workforce.

According to the province, internationally-educated nurses registered and eligible to practice in Ontario made up 12.2 per cent of the province’s nursing workforce in 2020, up from 10.3 per cent in 2010.

Smith said the program has already proved successful enough that another cohort of seven internationally-educated nurses will soon be starting at the hospital network to acquire the recently-reduced 140 hours minimum of practice.

As hospitals face staffing crunches due to the COVID-19 pandemic, the government recently facilitated changes to get more IENs into hospitals. Global News has reached out to the Ministry of Health but did not receive comment by publication time.

Smith said the changes include shortening the minimum number of practical hours required by the CNO to 140, as mentioned, as well as allowing for the completion of evidence of practice and language proficiency to happen concurrently.

While the changes won’t benefit Shaji, she believes they will be helpful for new nurses coming in and she hopes they aren’t temporary.

She also stressed that the roughly two and a half years she’s spent focusing on achieving her licence could be considered fast-paced.

“When I did my application, I was a fresh graduate, so I didn’t have competency gaps. But then for nurses who have like tons of experience, they get a lot of competency gaps because their education was like 10 years ago or 15 years ago,” she explained.

“If they find gaps, they have to go back to college. The thing is, by the time they get that competency completed, their safe practice (requirement) expires.”

Many IENs also complete this process while working part-time jobs (Shaji herself worked as a recreation therapy worker) and balancing raising children.

For many of her friends who already had permanent residency and had 10 to 15 years of nursing experience, Shaji said it took them five or six years to get their licences.

It’s also expensive, though permanent residents have access to bursaries.

“As an international student, (I’m at) $35,000+ for my education in Canada. And then we do our paperwork with NNAS (US-based National Nursing Assessment System), which is like a $900+ US fee. And then again, after and NNAS, it goes to CNO.”

“If things can be easier now, it could have been easier before.”

Smith is excited by the changes and believes there is a lot of opportunity for IENs in Ontario going forward.

“It’s exciting to see how the system can work to break down barriers for internationally-educated nurses,” said Smith.

“I hope that this is going to be a part of how we operate in future. I’m excited to build the program and to provide more support over time.”

Meanwhile, Shaji is planning to stay at LHSC. She recently interviewed for a position on the same floor where she’s been interning. 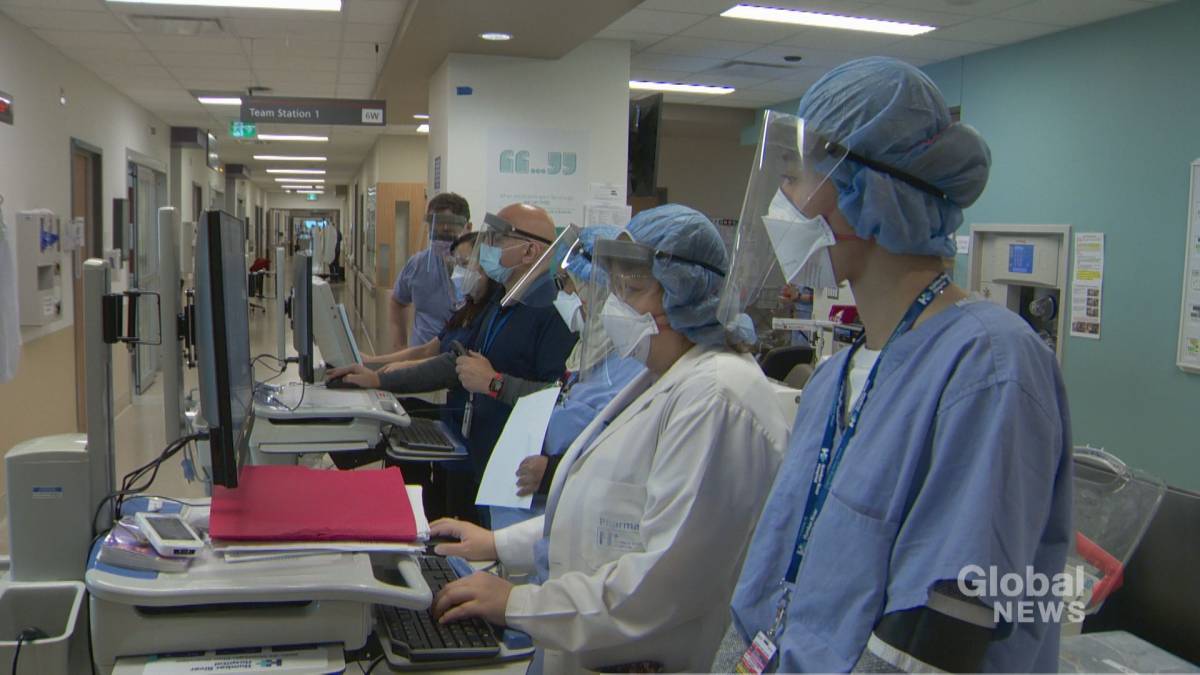 1:53Ontario nurses meet with Ford and Elliott to discuss shortage