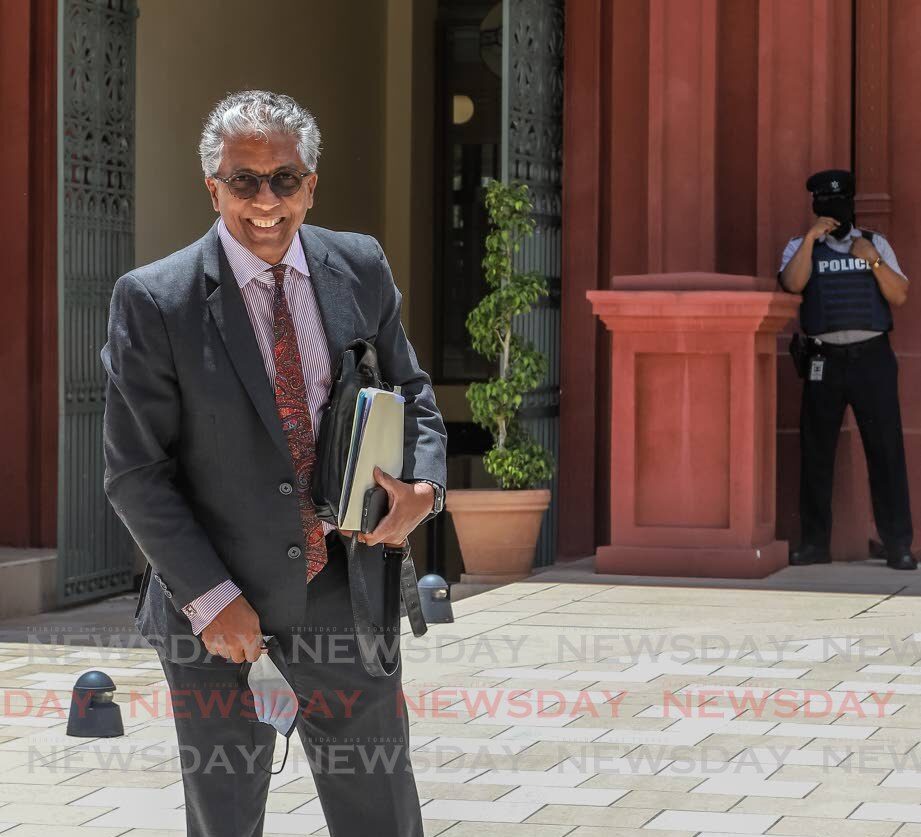 ATTORNEY General Reginald Armour, SC, and Leader of Government Business Camille Robinson-Regis dismissed claims by Opposition MPs Saddam Hosein and Dinesh Rambally about lack of transparency over the payment of legal fees to an attorney.

This happened during a meeting of the Standing Finance Committee of the House of Representatives on Friday.

Hosein and Rambally claimed an unnamed attorney was receiving approximately $790,000 in legal fees for an ongoing matter before the High Court.

They made this claim before the committee approved supplemtenary allocations of $7,924,000 and $30,300,000 for the Industrial Court and the Judiciary respectively.

As AG, Armour described himself as the constitutional conduit for both of these entities. He said the Industrial Court’s contribution to stability in the country’s industrial environment is well known.

“The court is committed to maintaining an appropriate balance in the relationship that must continue to exist between employers and employees and in particular, the labour movement.”

Armour said the $790,000 in legal fees which Hosein and Rambally claimed was being paid to an attorney representing the Industrial Court in a matter before the High Court was wrong.

Armour said the matter in question was a constitutional motion. Hosein demanded more details of the matter and the unnamed attorney’s identity.

He told Hosein, “There are considerations that impact on matters before the courts. I would not want to compromise anything that is before a judicial sitting.”

He said the Industrial Court’s president has discretion under the law to determine what sort of legal counsel to obtain to handle particular matters relating to the court.

Armour cautioned Hosein not to misinterpret what he hd said about revealing information about legal fees paid to attorneys. There is an established procedure, where consent is sought from these attorneys for publishing their names and the legal fees paid to them for certain matters. Armour said once that permission is obtained, this information will be laid in Parliament in due course.

Hosein claimed this was a departure from what happened under Armour’s predecessor, San Fernando West MP Faris Al-Rawi. Armour replaced Al-Rawi as AG in a Cabinet reshuffle on April 16.

Robinson-Regis supported Armour’s explanation. She reminded MPs that when Al-Rawi was AG, there was a period between his speaking about legal fees paid to attorneys and presenting that information in Parliament.

“That is in the public domain. It is in the Hansard record (of Parliament).”

Finance Minister Colm Imbert said his understanding of the House’s standing orders was. “If something is in the public domain, you cannot ask it Parliament.”

Speaker Bridgid Annisette-George cautioned government and opposition MPs as they continued to argue about legal fees to attorneys. They heeded her advice to set that matter aside and continue with the committee’s work.

Armour said part of the the $30.3 million supplementary allocation will be used to pay salaries for 1,281 contract officers currently employed in the Judiciary. He added these officers were in both Trinidad and Tobago.

Government remains committed to supporting the Judiciary, Armour said, and many people are happy with the Judiciary’s use of in-person and virtual hearings to improve its operations.