Victim hid in taxi on day before murder 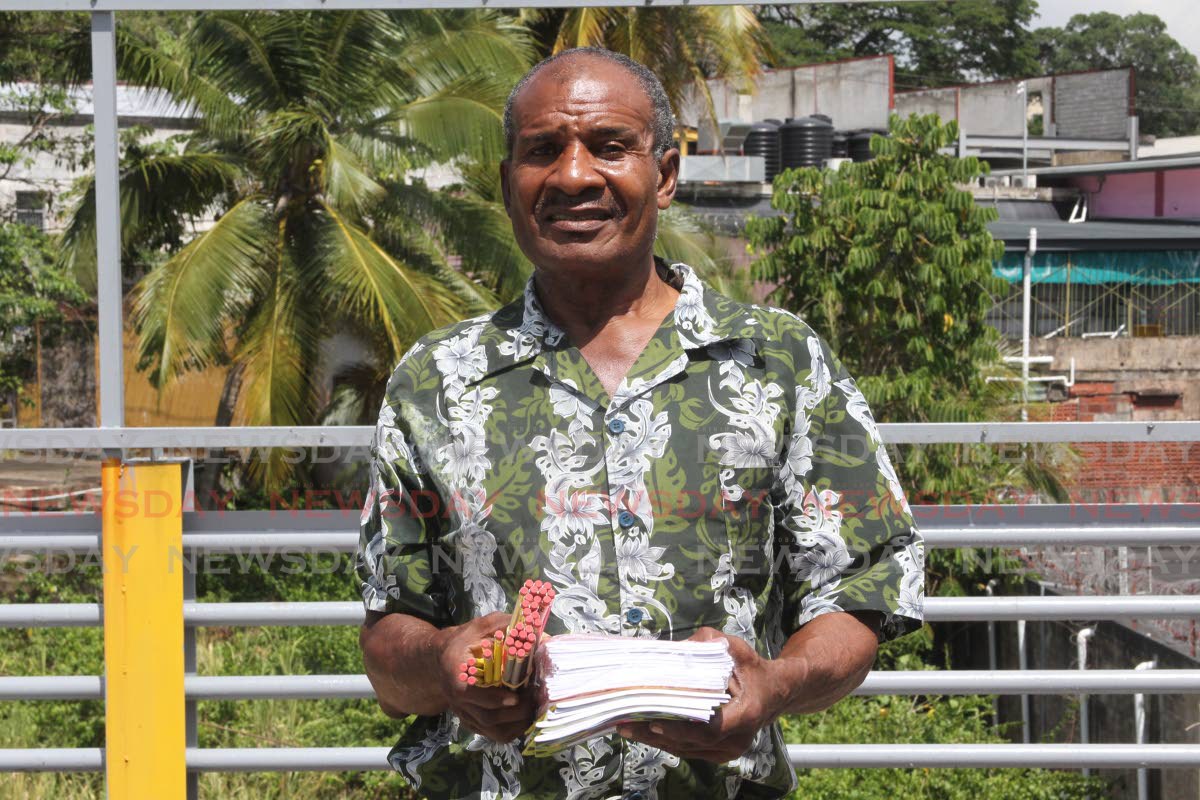 Victim hid in taxi on day before murder

On Wednesday, the day the 24-year-old Ellen Krishana Mohammed was hacked to death at the family’s home in Guayaguayare, an evangelist was waiting for her in San Fernando to give her stationery supplies for her children.

Mohammed never showed up, and all calls to her cellphone went unanswered. David Moyne, of the Upper Claxton Bay Pentecostal Church in Pranz Gardens, later learnt of the murder on social media. Mohammed and a male relative, 40, had an argument, and he chopped her several times, almost severing her neck. He surrendered to police.

“I was hoping it was not her,” Moyne said on Thursday.

Moyne, who is also a taxi driver, recalled that he met her on Tuesday, the day before she was killed, at Cipero Street in San Fernando. She stopped the car and got in.

But she ducked down “almost under the dashboard” in the front seat, hiding from someone.

Moyne said he initially assumed she was a secondary school student.

“When I dropped off the other passenger, we started talking. She said she had three children and was from Guaya. She came (to the city) to see about birth papers for the children,” Moyne said. “She told me about her problems. She said she did not want a man to see her in the car because he might be in San Fernando. He had been abusive to her.”

Moyne said he started to pray for her.

“Ellen wrote her name and number on this paper. I did not charge her. I dropped her off at Library Corner, and she went for a taxi to head to Princes Town,” he said.

Moyne said he loves to help others and offered her stationery supplies for the children.

Mohammed was the mother of three girls, six, three, and 18 months old.

“On Tuesday night, I called to make sure she reached home safely. We talked for about ten minutes. I prayed for her on the phone, and she said he was coming to San Fernando on Wednesday to collect the items. I prayed and prayed for her so all hope is not lost,” Moyne said as he showed the items.

Relatives said she visited San Fernando on Tuesday, but were not aware of her conversation with the driver.

Mohammed’s brother Isaiah Mohammed believed the man his sister told the driver about was not the suspect but another male relative who lives in the Williamsville district.

“He was a threat to her too. He and (name of suspect) were always injecting fear in my sister,” Isaiah said.

He said Mohammed was a victim of domestic violence for many years. She shared an on-and-off relationship with a man for over six years.

A few months ago, she began dating the suspect and again became a victim of domestic violence.

“She left one abusive relationship and fell back in another. I have been helping her take care of her children since they were babies,” he said.

Relatives said Mohammed and other relatives had previously reported the suspect to police for making threats against her and them. They accused the police of failing to act.

The police said they were investigating the report, but did not give additional information.

Mohammed was among four women murdered in separate incidents in the past few days.

The latest victim was Marva Sutherland, 56, of Blue Basin in Diego Martin. Her body was found with a cloth over the face.

Before dawn on Monday, Abeo Cudjoe, 31, and her son Levi Lewis, 12, of Penal, were chopped and stabbed at home.

A few hours later, around 11 am, Stephanie Calbio, 34, was stabbed during a fight with another woman at Carenage.

Mayaro MP Rushton Paray offered condolences to the Mohammed family, adding that the murder must serve as yet another urgent call for action on domestic violence. A statement on Wednesday from Paray described Mohammed as a devoted mother.

He said her murder and those of other victims of domestic violence should provide a further wake-up call for people who are threatened in personal relationships to reach out to the relevant authorities quickly.

The opposition MP called for the police service to improve its efficiency and operating systems.

From what he was told, the Gender-Based Violence Unit at Sangre Grande has no public access to telephone contact, so reports are to be made to the nearest police station.

He called for the police administration to revamp its reporting system and provide additional relevant resources to deal with this scourge of domestic violence.

“This is also essential since evidence over the years has proven that protection orders are generally useless in deterring criminally-minded domestic partners.”

He also asked for urgent support for the three traumatised children.

Paray added, “I strongly plead for more concerted and comprehensive action by the various official stakeholders to end this criminal epidemic.”